The Binary Narrative - Intergenderness (3/3) | Our Voices, Our Choices

What does it mean to have a body that the majority of society believes does not exist or should not exist? A body that exposes as a matter of opinion what many believe to be a fact? A body that goes beyond the narrow categories of man or woman? Julius Kaggwa from Uganda, Eliana Rubashkyn from New Zealand, and Irene Kuzemko from Moscow are intersex, or inter*. Actually, in all modern countries and societies, a binary understanding of gender dominates - allowing only two options: Man or Woman. In this episode, we learn first-hand about the struggles that intersex people face in this heteronormative world of ours, and their efforts to achieve self-determination.

This episode is part of the series: 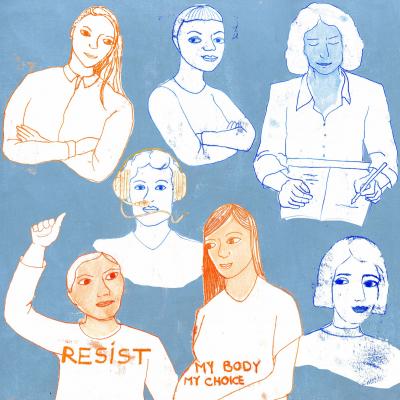 This series hands the microphone to people whose voices don’t often get heard - people now making choices which don’t conform to laws or customs - or whose views have long been disregarded, even censored. Its about communities fighting for basic human rights and its about the diverse tools of their struggles. We discover how women are securing their rights through political protest, we look in detail at women’s reproductive rights and we go into LGBT communities worldwide.