In 2015 Sweden announced to adopt a feminist foreign policy, making it the first country in the world to implement this aspect in the work of Swedish foreign affairs. What happened since then?

For a long time, Sweden has been a prominent champion of gender equality, both domestically and internationally, regardless of the political party in government. For instance, the Swedish Gender Equality Act was introduced in 1979 to create an equal labour market free from discrimination, and it has been a norm since 1994 that half of the cabinet ministers are women. After the 2014 general election, when social democratic Prime Minister Stefan Löfven declared his newly formed government as feminist, he signalled his intent to accelerate the government’s gender equality agenda. Declaring a feminist government, Löfven highlighted that gender equality is not only a women’s issue, but a question for society at large, not least financially. Power relations among men and women are socially constructed and the barriers preventing women and girls from fully realising their rights and potential must be removed. Economies flourish when a country’s entire potential is realised. A 2015 UN study shows that if the world’s labour market were completely equal, the gross world product would rise by 26 per cent, roughly equivalent to the combined GNPs of China and the US.

A feminist government employs an equality perspective in everything it does, internally and externally, from work culture and methods to its policy and legislative work to budgeting process. Under Löfven’s government, a new law on sexual offences based on consent was introduced. Additionally, the share of parental leave ear-marked for fathers was extended from two to three months, giving parents an incentive to share both the responsibilities and the joys of child raising. However, while gender equality and even a feminist perspective was understood and accepted with relative ease in domestic legislation, more than a few eyebrows were raised when, in 2015, Margot Wallström, the Minister for Foreign Affairs, announced that Sweden would be the first country in the world to adopt a feminist foreign policy. There was little concern over the use of the word “feminist”, compared to the questions about what a ‘feminist foreign policy’ really entails. How far can you pursue a feminist argument and does it apply to all countries Sweden has diplomatic relations with? The aim of Sweden’s feminist foreign policy is to counteract discrimination against women, improve women’s living conditions, and contribute to peace and development. Three R’s based on a fourth R form the cornerstone of the feminist foreign policy.

Rights, Representation and Resources, based on Reality

Equal rights means both applying legal rights such as human rights conventions and ensuring that rights are respected and implemented. Last year the World Bank identified that 104 countries around the world have laws preventing women from carrying out certain jobs, 59 countries have no laws forbidding sexual harassment in the workplace, and 37 countries have no laws to protect pregnant employees from being dismissed. According to UN Women, more than 600 million women live in countries where domestic violence is not punishable. Countries that have not yet ratified human rights conventions should do so and countries that have laws which infringe on women’s and girls’ rights should repeal those. Rights are rights, and neither culture, religion, traditions nor customs can legitimise such infringements.

Representation entails that women must be heard and be included in policy discussions, resource allocations, and decision-making at all levels, at all times. Changes occur where power exists. Increasing the proportion of women in the world’s parliaments and leadership is imperative. However, for lasting changes, it is also important to address the underlying causes of women’s underrepresentation. 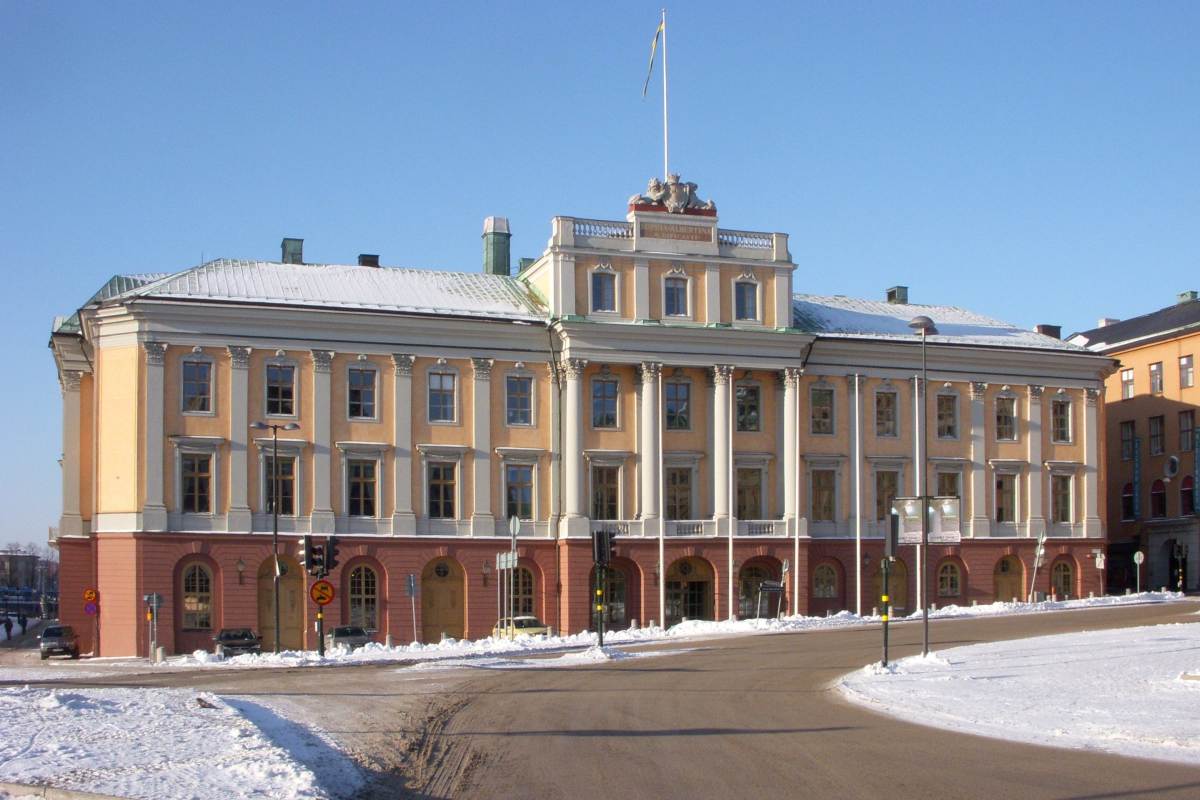 Analysis: How feminist is the Swedish feminist foreign policy?

A feminist approach to security is based on understanding and increasing human security, and promoting preventive methods including disarmament and arms control. It cannot be used only when it suits a state’s national interests, and ignored when it doesn’t. More...

Better decisions are made when the whole population is heard. For instance, a study of 31 major peace processes between 1992 and 2011 revealed that only nine percent of negotiators were women. Of those who signed peace agreements, more than 96 percent were men. At the same time, numerous studies have shown that peace agreements have up to 40 percent greater chance of lasting if women have been involved in the peace and negotiation processes.

Lack of access to economic resources is a major cause of women’s poverty. Empowering women and ensuring they can work is also smart from a society’s perspective, since women tend to reinvest more of their income in their local societies, children’s health and education than men do.

The Swedish development cooperation has for a long time been mainstreamed to promote gender equality in its programming and budgeting. However, it is also important to ensure that women’s and girls’ needs are considered in national budgets and national regulations on property rights, inheritance, taxation, etc. Currently, women own less than 20 percent of the world’s land resources and in many countries women don’t have the legal right to own land at all.

Lastly, the feminist perspective applies to Sweden’s entire foreign policy. We recognise that different countries, including Sweden, struggle with different gender-related issues. Hence, the messaging and approach on promoting rights, representation and resources are adapted to the reality at hand.

Timing, leadership and ownership are key components of Sweden’s story

The early skepticism towards the feminist foreign policy expressed by parts of the Swedish society was soon overcome, due to several external and internal factors.

Firstly, the time seems to be riper than ever to not only highlight structural inequalities, but also seriously challenge them. The #MeToo movement is a good example of a global receptivity for addressing gender injustices in recent years. Sweden’s feminist foreign policy with the government’s solid stance and its clear mandate to speak up, has been a very effective communication tool.

Secondly, timing-wise, Sweden’s membership as a non-permanent member of the UN Security Council 2017-18 provided a golden opportunity to put actions to words. During Sweden’s time on the Security Council, it systematically invited women’s groups and women rapporteurs to briefings, to ensure that their perspectives were heard. Sweden’s efforts contributed to the inclusion of clear gender equality perspectives in the Colombian peace agreement, which is hoped to serve as a model for future peace agreements. They also established and encouraged networks of women mediators.

Thirdly, Margot Wallström and other senior representatives of the ministry have consistently addressed gender equality in their external communications, but also in their bilateral meetings. All embassies and all embassy staff have been instructed to do the same, and report back on it. The Swedish feminist foreign policy is, above all else, an evolving working method, encouraging creative processes on what works in each specific context, what messages need to be developed, and rethinking non-feasible ideas. Leadership has born ownership.

Finally, to support the foreign service and to coordinate the work, Ms Ann Bernes was appointed ambassador for gender equality and feminist foreign policy in 2015. However, apart from the appointment of two staff, few extra resources have been allocated. Instead, the aim is to change the programming of development assistance, ensure to always raise gender equality in speeches and articles, improve equal representation in panels, and make real effort to listen to women and girls and involve men in this work.

As much as Sweden prides itself on being the first country to have a feminist foreign policy, it is important to remember that it is the outcomes and results that matter – the change that is made. If we are to have even a chance of closing the gender gap – which according to a World Economic Forum estimate from 2018 will take 61 years in Western Europe –  it will require international collaboration. Therefore, Sweden warmly welcomes the engagement of other countries in tackling the power structures and barriers which prevent the realisation of the rights and potential of women and girls across the world.

Analysis
A feminist foreign policy is associated with being ethical, principled and visionary, yet a government’s actions based on Western standards and values can easily come across as moral superiority or even racism when it comes to other countries.
By Fiona Robinson

Dossier
It is high time to view security not in a military context, but in a humane one: Women’s rights need to be strengthened, and women need to be recognized as shapers of peace and security policy. With this dossier we would like to show the way forward towards a Feminist Foreign Policy.

Analysis
A feminist approach to security is based on understanding and increasing human security, and promoting preventive methods including disarmament and arms control. It cannot be used only when it suits a state’s national interests, and ignored when it doesn’t.
By Gabriella Irsten