The Potato Park of Peru

Up to 4.000 potato varieties are growing in Peru in a high-altitude Sacred Valley of the Incas. Six Quechua communities have been able to maintain the integrity of their biocultural traditions and fragile ecosystem. ➢ Read more in our online dossier "Patterns of Commoning" or order the book!

Drive an hour northeast from Cusco, Peru, and you will encounter some beauti­ful high mountain lakes, historic Inca ruins, and the richest diversity of potatoes on the planet. Approximately 2,300 of the 4,000 known potato varieties in the world are grown here, making it one of the most biodiverse regions on the planet. The 7,000 Quechua people who live on this high-altitude Sacred Valley of the Incas have, with their ancestors, cultivated and improved Andean potatoes for seven millennia. That impressive record stems from a holistic way of life that blends deep spiritual traditions and cultural values with cultivation techniques, barter and exchange practices and ecological stewardship. 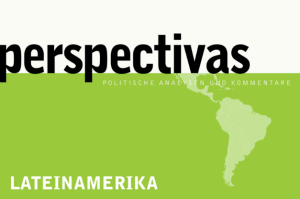 Potatoes are, of course, a central element of Quechua culture. When a reporter from Gourmet magazine visited the region, she was amazed to discover that “each potato, it seemed, had its own special or ceremonial use: There were potatoes to eat at baptisms; potatoes, like the bride potato, for weddings; and others for funerals. Potatoes like the red moro boli were high in antioxidants, while potatoes such as the ttalaco – a long, banana-shaped tuber – must be either soaked and steamed or made into a potato alcohol.”

Some potatoes must be grown on steep slopes above 13,000 feet. Some can be grown nearly anywhere. It is not uncommon for a single farmer’s field to produce hundreds of different varieties, many of them quite rare.

The six Quechua communities see themselves as living in reciprocal rela­tionship with the land, each other and the spirit world. The approach has been called ayllu – a political and socioeconomic system in which “individuals with the same interests and objectives [are] linked through shared norms and prin­ciples with respect to humans, animals, rocks, spirits, mountains, lakes, rivers, pastures, food crops, wildlife, etc.,” write Alejandro Argumedo and Bernard Yun Loong Wong (Argumedo & Loong Wong 2010; Argumedo 2008. These monographs are the source for many facts in this essay). People strive for a balance between the ayllu of the Runas (humans and their domesticated crops and animals), the Sallaka (wild plants and creatures) and the Auki Ayllu (sacred beings, including mountain protector spirits).

In this cosmovision, the Earth is seen as giving potatoes, other crops, animals and the living landscape to the people – gifts that must be reciprocated through the giving of pagos, or offerings, in return. The spiritual engagement with pachamama, or Mother Earth, is not incidental, but a key factor in the Quechua’s deep respect for the earth’s limits, generativity and agrobiodiversity. “The main objective of the ayllu,” Argumedo and Loong Wong explain, “is attainment of well-being, which in Quechua societies is defined as Sumak kawsay.” The term refers to living a harmonious and healthy relationship with pachamama.

The point of agriculture in Quechua societies is not to raise maximum crop yields for market sale and profit. It is to faithfully implement the principles associated with the ayllu, which lies at the core of the Quechua’s stable, regen­erative agroecological practices that have evolved within the Andean landscape – a region that has a variety of different “vertical” microclimates at different altitudes, often at short distances from each other. Thus the altiplano region may grow potatoes and quinoa, notes Argumedo, while fields in lower valleys may grow maize, and higher pastures may be used to raise llamas (Argumedo & Loong Wong 2010).

In recent decades, multinational biotech and agricultural corporations have increasingly sought to appropriate the fruits of such distinctive ecosystems and convert them into market commodities. They often buy up or evict traditional communities, dismantle traditional agriculture and claim patents in seeds, genes and other organisms. Regions with rich biodiversity such as Peru are a prime hunting ground for such corporate predators, whose acts of biopiracy seek to privatize genetic and physical resources that have been managed as commons for generations.

To prevent such market enclosures of shared wealth, the indigenous peoples of the Cusco Valley joined with the nonprofit group ANDES[1] in the 1990s to develop an ingenious legal innovation, the Indigenous Biocultural Heritage Area (IBCHA). The idea, launched in 2000, was to create a sui generis[2] legal regime to preserve and promote native potato varieties and protect the fragile ecosystem by recognizing the role of indigenous “biocultural heritage” practices (Argumedo 2008:49-57).

The communities established a protected agroecological region called the “Potato Park” – “Parque de la Papa” – to protect more than 12,000 hectares considered essential to the agrobiodiversity of the Pisaq region and conserve traditional culture, knowledge and livelihoods. The Potato Park is a community-led and rights-based approach to conservation that points toward a very different model of “development” than conventional market-based ones.[3] The villages of the Potato Park all share authority in running it, with each one electing a chairperson to coordinate the work of the association. Special attention is paid to integrating traditional spiritual values and practices into the everyday operations and policies of the Potato Park.

Under the IBCHA system, communities that belong to the Potato Park have agreed to selectively share their “living library” of potato genetic knowledge with scientists. In a special agreement with the International Potato Center (CIP) – a nonprofit food security organization that works with the global research partnership CGIAR – the Potato Park has shared more than 200 of its 900 native potato varieties with scientists, and is facilitating experiments to cultivate new (non-GMO) potato varieties that can resist climate change. They also have a special interest in “repatriating” potato varieties that were lost when modern, commercial farming methods were introduced. The Potato Park refuses to allow the patenting of any genetic knowledge, however, believing that private property rights are incompatible with the sacred and collective status of the potatoes. The agreement is widely seen as a model that other agroecological cultures could emulate. It both recognizes the sanctity of community control over the potatoes while allowing modern scientific study and certain forms of communal business activities.

Thus, besides preserving Quechua cultures and assisting scientific in­quiry, the Potato Park is hosting socially and ecologically sensitive forms of development such as agroecotourism, “nutraceuticals,” (dietary and nutritional products) and pharmaceuticals. The Potato Park has a processing center for natural medicines and soaps, a network of local pharmacies and a video com­munications center. It has a formal registry of the Park’s biological diversity and uses “geographical indicators” (legal rights for place-based products) and trademarks to protect its stewardship authority over local genetic diversity (Argumedo and Pimbert 2005:11).

Women play a key role in many of the economic activities of the Association of Communities of the Potato Park (the formal name of the project). There is, for example, the Sipaswarmi Medicinal Plants Women’s Collective, which sells natural medicine and soaps, and the Tijillay T’ika Women’s Audio-Visual Collective, a women’s co-operative that makes videos in the native language about local resources.

Although the Potato Park does not have state recognition within either Peruvian national law or the International Union for the Conservation of Nature (IUCN), that does not mean the association is without legal protection. The IBCHA agreement is legally compatible with existing systems of national and international law, and is seen as an inspiration for similar projects along the Ruta Cóndor agrobiodiversity corridor in the Andes. Meanwhile, many Potato Park agreements and actions are legally enforceable in conventional ways, such as the scientific study agreement with CIP and the Potato Park database that can be used to thwart patent applications for indigenous medicinal plants and knowledge.

In any case, some of the most consequential forms of law are not formal and state-based, but customary and vernacular. It is in local villages that agro­ecological and biocultural practices are actually managed and enforced, in ways that official, state-based law could never do. The IBCHA agreement is really an attempt to bridge this divide – to use formal law to recognize distinctive, context-specific customary law so that intergenerational cultural knowledge and practices can be recognized as legally valid and practically effective.

In the end, the Quechua culture of commoning remains the stabilizing force. In the village of Chawaytire, there is an all-organic restaurant Papamanka run by a women’s association, which acts as a custodian of indigenous tradi­tions and recipes. Proud of its heritage, the restaurant shares its indigenous folkways without pandering to the tourist trade. When the Gourmet reporter asked a waiter to cut into one of the potatoes to see the color inside, she declined, explaining that cutting a potato without eating it is an insult to pachamama.

Such reverence, which may appear irrational to the modern mind, is a key reason why the Quechua have been able to maintain the integrity of their biocultural traditions and fragile ecosystem. The success of the Potato Park suggests that the “rationality” that needs greater questioning is the one that believes a bioculturally diverse ecosystem can be plundered for its cash value without quickly destroying it.

This interview is from the book "Patterns of Commoning. The Commons Strategies Group". For more articles visit our dossier.

[1] ANDES in Spanish is an acronym for the Quechua-Aymara Association for Sustainable Communities. The Peruvian nonprofit is dedicated to defending indigenous rights to genetic resources, genetic knowledge and landscapes.
[2] “Of its own kind or class” – a unique legal instrument for a special circumstance.
[3] See essay by Arturo Escobar, “Commons Beyond Development: A Pluriversal Perspective,” on pp. 348-360.

The book Patterns of Commoning is a special series of essays which explores the inner dynamics of commoning - its ethics, social practices and worldview. In our dossier you can find a selection of nine texts to stimulate your appetite for more. 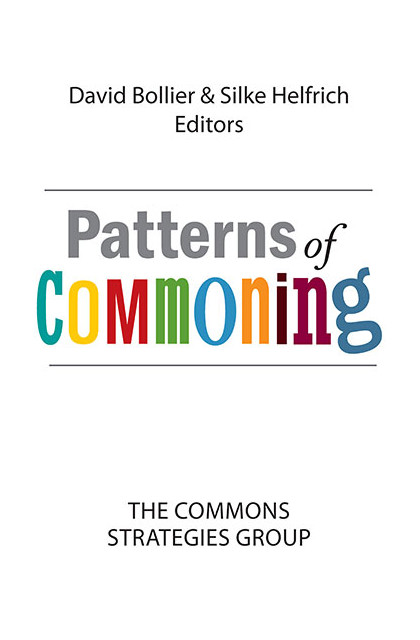 More than sixty frontline activists, academics and project leaders from twenty countries explain how commoning is empowering people to challenge the deep pathologies of contemporary capitalism and invent powerful, participatory alternatives. A special series of essays explores the inner dynamics of commoning - its ethics, social practices and worldview - to explain why the building of new worlds starts from within.

Venezuela: "We Are One Big Conversation"

Cecosesola is a network of about sixty cooperatives and grassroots organizations in Venezuela, with about 20,000 members. The cooperatives sell at weekly markets and provide community-backed loans, among many other services.
By Silke Helfrich

Congratulations for the article and thank you for promoting the efforts that peruvian communities do to protect potatoe's agrodiversity. I'm from Peru, currently I am studying in Europe. There are a lot of kinds of potatoes in the Andes, my favorite is one that has a purple skin =). It is important for Andean communities receive support from organizations (local and international) so they can improve their methods and provide high quality food to the world.