Facts and ﬁgures about friends and foes in farming

Insects are a fundamental part of the basis of life in our world. The Insect Atlas offers on 60 pages and in more than 80 graphics a lot of information about the importance of insects. 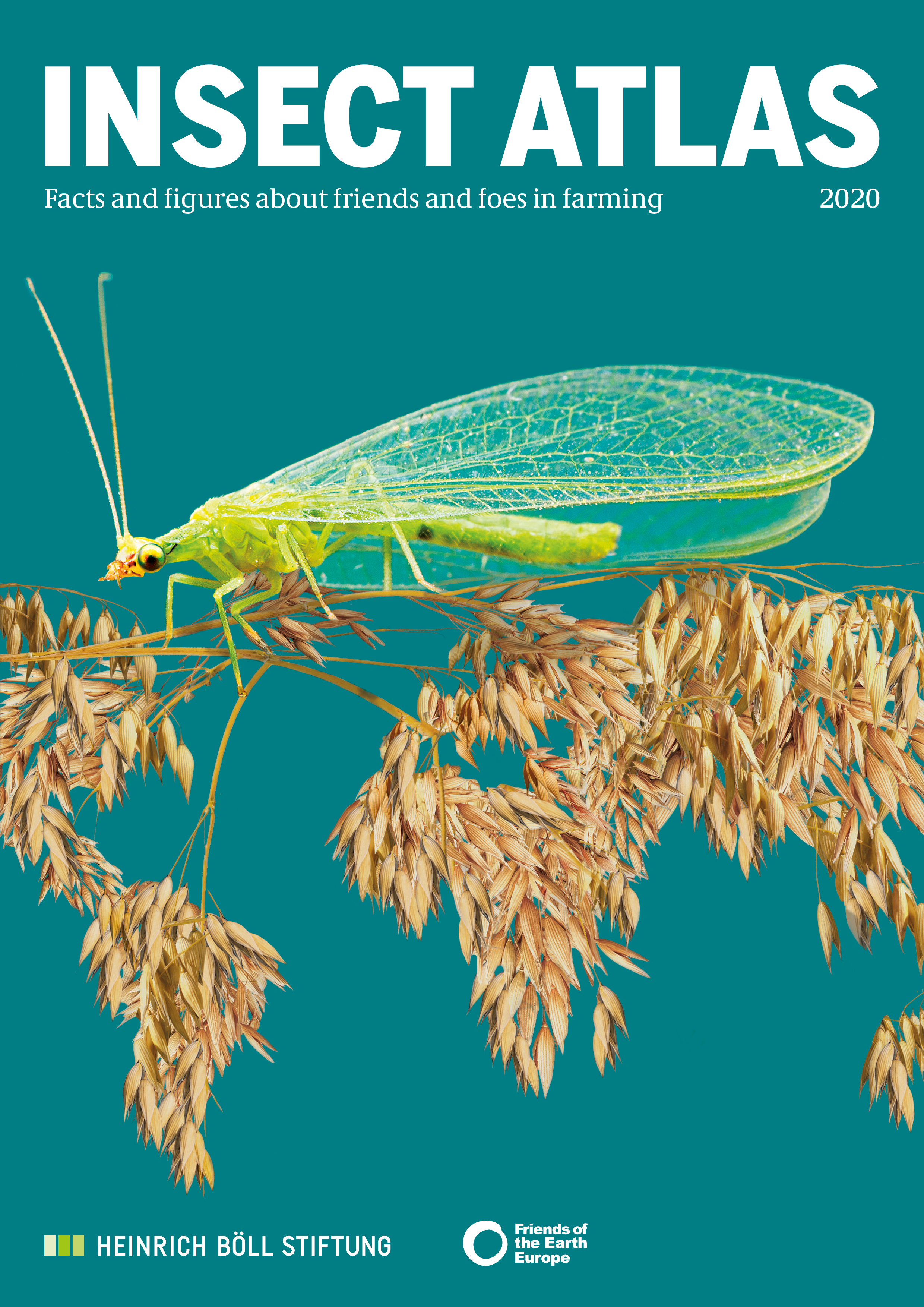 The Insect Atlas provides Data and facts about beneficial and harmful insects in agriculture, formulates criticism of the overly hesitant policy and names the urgently needed steps to protect insects.

Contributions from the Insect Atlas 2020

Insect Atlas
To limit the damage that insect pests  cause to crops, we call on their natural enemies – mostly other insects.  Biological pest control is all the more successful if diversity is higher.
By Henrike von der Decken

Insect Atlas
The decline in both insect populations and in the number of species is well documented, though the evidence is patchy outside  Europe and North America. Scientists agree that agriculture has a negative inﬂuence. Both the expansion and intensiﬁcation of farming seem to be to blame.
By Dr. Christine Chemnitz

A world without insects: Technology won't save us

Insect Atlas
If insect diversity were to disappear, a vital part of the system that supports us would be lost. Nature would change, and our diet would have to change with it. Pollinator robots would not be able to compensate for the absence of insects.
By Alexandra-Maria Klein

Organic Farming: Buzzing and chirping vs. sprays and silence

Insect Atlas
Organic farming focuses on maintaining  soil fertility and biodiversity. But for  an insect-friendly future, the whole farm landscape will have to change.
By Katrin Wenz

All infographics of the Insect Atlas 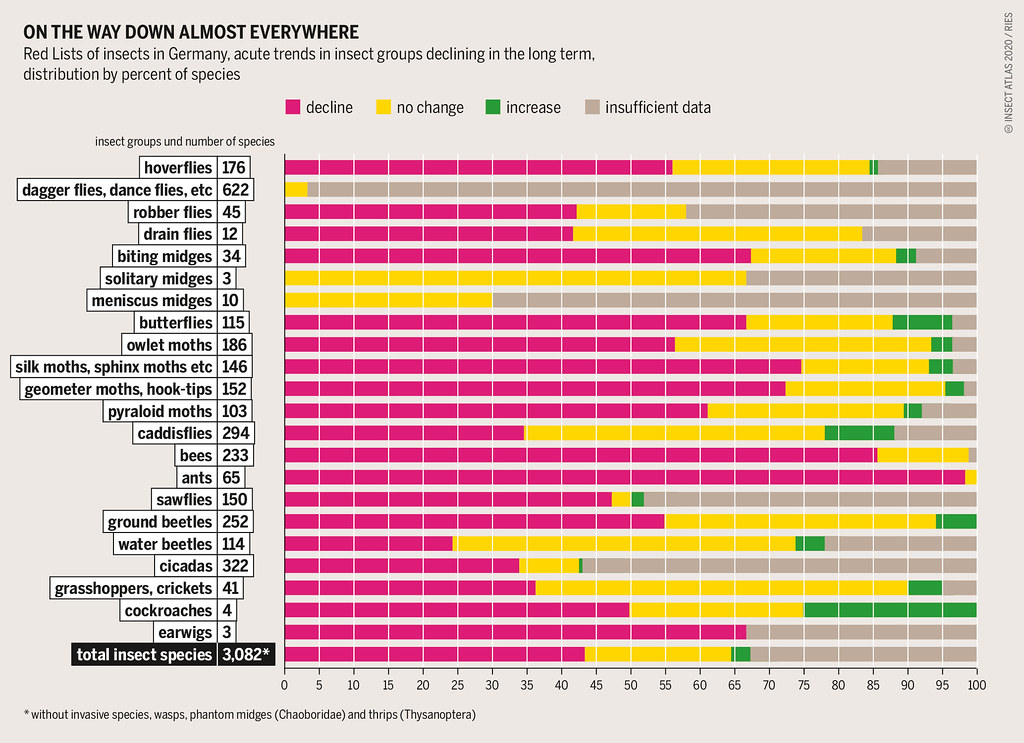 If we were to count them, every person on earth would have around 1.4 billion insects from an estimated 5.5 million different species. There is an almost unimaginable quantity and variety of six-legged animals with which we share the world. The Insect Atlas shows how the colorful world of insects is connected to our agriculture and food.
It is impossible to imagine a world without insects - that's how important these mostly small creatures are for the functioning of our ecosystems. They pollinate plants, help eliminate dead organisms, improve soil quality and exterminate harmful conspecifics. They are inseparably linked to agriculture and to our food - and yet intensive agriculture is one of the greatest threats to them. We are currently experiencing a dramatic decline in insects in Germany, Europe and worldwide. Many species are threatened, and in almost all species the number is declining. One important reason for this is intensive agriculture. Monotonous landscapes, the use of pesticides, intensive agriculture and less grazing of animals deprive insects of their habitats.
The Insect Atlas shows that it could have pointed agricultural policy in the right direction for a long time. But nothing has happened. Yet the farmers deserve a good policy: one that provides the right incentives for the future. Insect-friendly agriculture must be promoted. In this case, support means concrete financial assistance. e do not pay for insect protection at the cash register. Farmers do not get paid for it. But this is exactly what needs to happen - the best way to do this is for the EU to use the almost 60 billion euros a year with which it supports European agriculture in a targeted way for insect- and climate-friendly agriculture.
But the Insect Atlas also shows that a look at the fields on our doorstep is not enough. The imported feed for the many millions of farm animals that satisfy the global hunger for cheap meat is growing, especially in South America. There, in the world's most species-rich regions, millions of hectares of forest are being cleared and made available for soy and meat production. Now the EU is negotiating a free trade agreement with the "Mercosur" states of Latin America so that even more cheap agricultural products can come to us without trade restrictions - much to the chagrin of the local farmers and insects.
The insect atlas shows what the politicians, the farmers but also every single one of us can do to strengthen insect-friendly agriculture. With the facts and figures in this insect atlas, we would like to contribute to the lively debate on agriculture and insects. At the same time, we want to show how diverse, colourful and worth protecting the world of insects is. Our aim is to show that agriculture and insect protection need an ambitious policy - not only in Germany and Europe, but worldwide. The challenges are great, and in order to meet them, we must seek joint solutions.

Facts and ﬁgures about friends and foes in farming