Article
On 17 April 2019, Indonesia held the world’s largest, and arguably most complicated, one-day election involved presidential, legislative (national and local), and senate elections – done simultaneously. Voters’ attention, however, was largely on the presidential election, which led to a turnout of 81%, the highest in Indonesia’s electoral history in the post-reform era.
By Deasy Simandjuntak

Refugees in Southeast Asia live in legal limbo and are subject to harassment, arrest, and detention. Especially Rohingya refugees are in indefinite detention and have been forgotten by the international media.
By Julia Mayerhofer and Lilianne Fan

Three Years on the High Seas

This is the story of one Cambodian fisherman whose case stands for those of thousands of other men being forced to work on fishing trawlers.
By Manfred Hornung

In the Name of the People? Political protests in Thailand and the underlying conflict

The opposition in Thailand continues to occupy Bangkok. The protests have been accompanied by widespread rumors of a coup as well as social tensions. Elaine Haller from our office in Bangkok analyzes the reasons for the escalation of the events.
By Elaine Haller 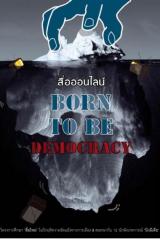 New Media: Born to Be Democracy

All over the world, information technologies and the internet have taken an increasingly important role in communication, challenging the conventional means of news consumption. Our office in Thailand has performed interviews with academics, journalists and activists to explore the role of new media in social movements in Thailand, and how it will develop.

Due to political conflicts in Thailand over the last few years, new media have been widely used as tools in public discussions. The Heinrich Böll Stiftung Southeast Asia Regional Office organized a public discussion forum to stimulate discussion between representatives of different groups about the protection of freedom of expression and access to information.
By Jost Pachaly

Debates about the nuclear future in Thailand

In 2010 the Government of Thailand adopted the Power Development Plan. It provides the construction of five nuclear power plants. But the nuclear disaster in Japan has opened up the discussion about the nuclear future of Thailand again.
By Jost Pachaly

Thailand: The on-going political crisis involves every sector and institution

Interview with Supinya Klangnarong, Media-rights advocate and researcher, about the crisis in Thailand, the polarisation of Thai society and the mistakes of government, and protesters.

The Foundation's Southeast Asia program, being restructured in 2015, will focus on highlighting how globalization and integration in the ASEAN countries have an impact on people’s lives.