In the early hours of September 9th something rather expected happened. The Moria Refugee Camp on the Greek island of Lesbos was engulfed in flames, just a few hours after the announcement of the detection of 35 cases of coronavirus in the camp. The camp, which for years was a place of degradation of human dignity on the eastern border of the European Union, was almost completely destroyed. More than 13,000 people no longer have a basic roof above their heads. The Greek government, the European Commission and the governments of the EU Member States, with Germany playing a key role holding the presidency of the European Council this semester, can no longer be inactive. They all share the responsibility for this disaster and they can only hold themselves responsible that are now called to face in emergency terms a reality that was allowed to stagnate for years in Lesvos.

The undersigned organizations of Select Respect Network, who have worked both on the Greek islands and in the mainland to support the refugee populations call for immediate, twofold, action:

In these truly tough moments, it is crucial for everyone involved to stay calm and prudent to avoid at any cost the use of violence that may only aggravate the situation further.

The time is up. Moria is burnt. Europe’s values, too. Anyone making decisions over the next hours in Athens, Brussels or Berlin will have historic responsibility towards human dignity in Europe.

The Select Respect Network was created in the spring of 2016 in order to promote the cooperation of organizations active in the protection of human rights and the fight against discrimination and racism. Member organizations are united by the common belief that respect for diversity, discrimination and social exclusion of people on the grounds of sex, racial or ethnic origin, sexual orientation, gender identity, disability, religious and political beliefs concern and affect us all.

Leave no One Behind

Commentary
Erik Marquardt got a first-hand impression of the inhuman conditions in the Moria refugee camp, where more than 20,000 people live in the most miserable conditions. An outbreak of coronavirus would be devastating. In order to draw more attention to this issue, he has co-created the Leave no One Behind campaign.
By Erik Marquardt 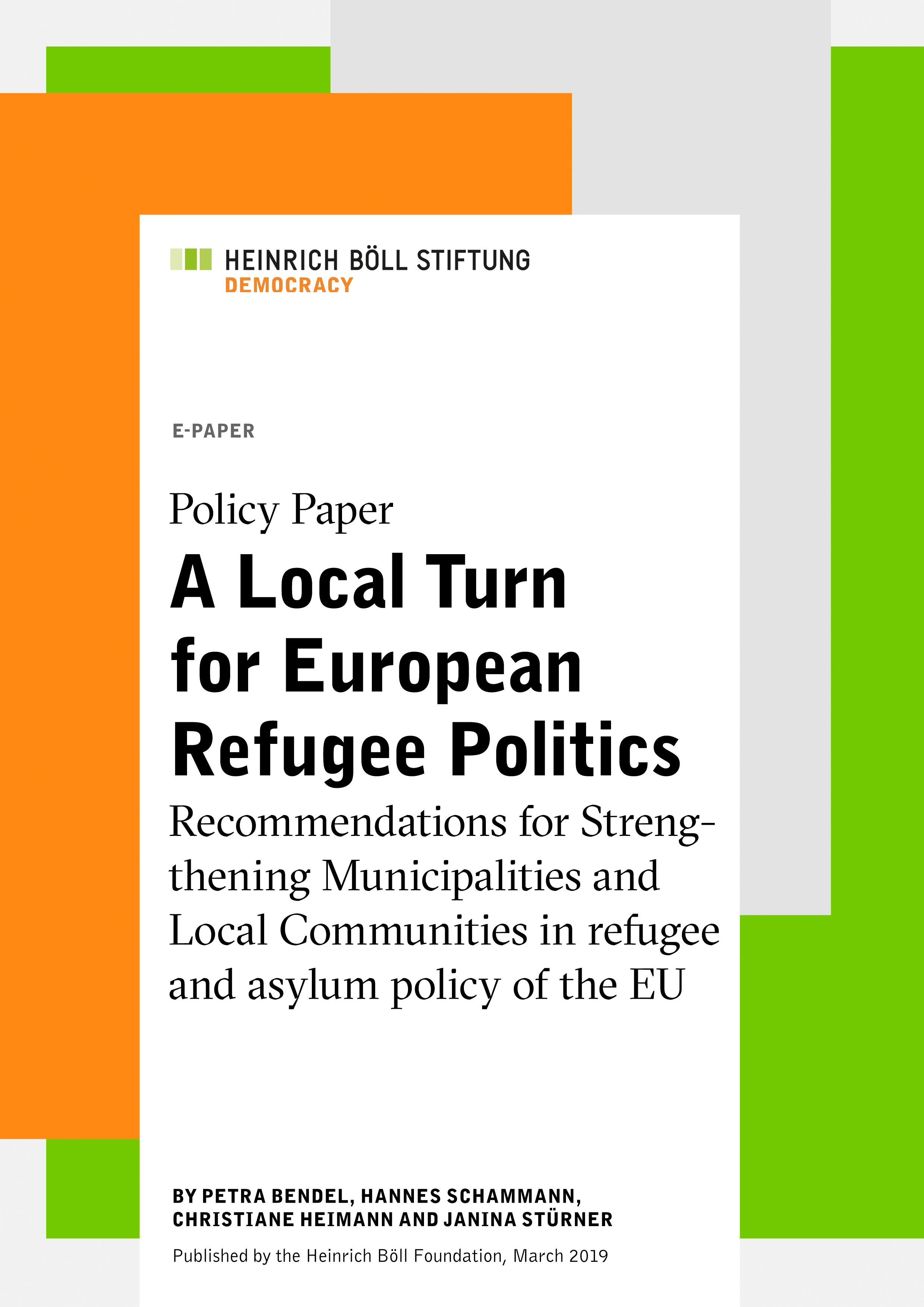 In this policy paper “A Local Turn for European Refugee Politics” the Heinrich-Böll-Stiftung puts forward proposals for a more active role of the municipalities in refugee and asylum policy.