On April 4th 2017, the Hungarian government passed amendments to the Higher Education Act which in their particular formulation are obviously directed against the renowned Central European University (CEU), based in Budapest.

On this site we publish articles on Orbán’s Lex CEU and his attack on academic freedom. You can find more current articles on Hungary in our dossier “Focus on Hungary”. 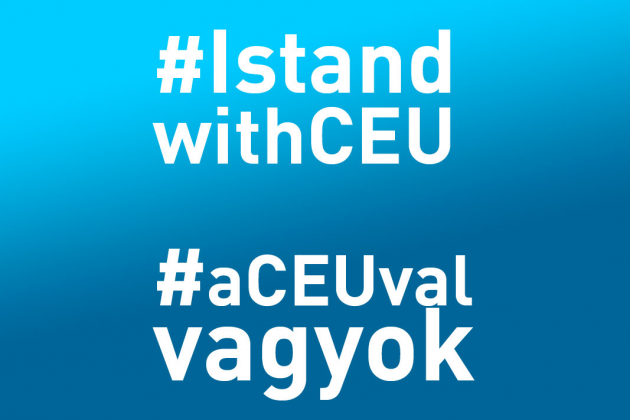 CEU Rector Michael Ignatieff made the following statement during a CEU press conference on 29 March:

The Battle of the Academy: The war on academic freedom in Hungary enters its next phase

Analysis
After months of aggressive attacks by the Hungarian government, it's most likely that the three-decade history of the Academy as a free, autonomous public body will be brought to an abrupt end.
By Zoltán Gábor Szűcs

Interview
In Hungary, NGOs are now required to register as “civic organisations funded from abroad” if they receive financial support from a foreign source. The government is trying to delegitimise any organisation that criticises certain government policies, says Veronika Móra.
By Silja Schultheis

We Will Stay and Fight

Interview
On Tuesday, 13 June, Hungary’s National Assembly passed a law that requires NGOs which receive foreign funds above the annual threshold of 24000 EUR to register and label themselves as “foreign-funded organisations” on their websites and in their publications.
By Anna Frenyó

In April 2017, a series of demonstrations took place in Budapest against an amendment to the Higher Education Act. They were organised by mostly social media-based groups, but they differed in several aspects from the demonstration culture that has been the norm in Hungary in recent decades.
By Andrea Szabó

In the beginning of April, the Hungarian President János Áder signed into force certain amendments to the Higher Education Act which in their particular formulation are obviously directed against the renowned Central European University (CEU), based in Budapest. We discussed with President Michael Ignatieff the implications of the new legislation on the university and its future prospects.
By Peter Brod

Orbán vs. the World: The Background Context of the Lex CEU

The attack on CEU is one in a series of attempts to eliminate the so-called enemies of illiberal democracy. The government has manufactured a fear-inducing narrative by inventing an imaginary enemy threatening the people of Hungary.
By Gabi Gőbl

Orbán’s illiberal experiment: the real danger for Europe this year

Europe seems to face a more immediate threat than Le Pen. It comes from a central European country whose governing party belongs to the most mainstream European party, the European People’s Party, Hungary.
By Péter Krekó

Report from the trenches: The debate around teaching gender studies in Hungary

Academics in the field of gender studies do not normally experience a high level of public interest in their work, yet in recent months things have taken a turn in Hungary.
By Andrea Pető

Further articles and publications on Hungary

Dossier
Our dossier on Hungary is as a forum for critical voices since the right-wing government came to power in April 2010. The contributions reflect the socio-political changes as well as long-term developments.