Coming out! - Advocating promotion and protection of LGBT rights 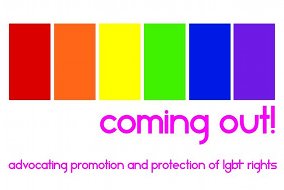 In the post-Dayton period Bosnia and Herzegovina (BiH) and the complex political situation some positive developments have been made when it comes to establishing the state institutions and basic elements of the political system and the law framework. Here, the European Union integration process and the EU conditionality principles have played an important role, they have supported a positive change in the post-conflict situation. Individual human rights have been improved, when it comes to questions like refugees, property rights, inter-ethnic conflicts etc. The legal and institutional framework for monitoring human rights is in place.

However, BiH has made little progress in improving the enforcement of international human rights legislation. The best example is the verdict of the European Court of Human Rights issued in 2009 in the case “Sejdic-Finci vs. BiH” that has not yet been implemented and that obliges BiH to eliminate the discriminatory elements in its constitution. Therefore, nowadays in BiH society the LGBT community is one of the most invisible, weakest and marginalized societal groups. LGBT persons are exposed to discrimination, violence and hate speech. The anti-discrimination law in place covers sexual orientation and gender expression. However, so often in BiH, the implementation of this law remains weak.

In addition, little progress has been made in harmonising other laws with the anti-discrimination law. Until today, very few complaints about discrimination have been officially registered; there is only one case that is related to LGBT persons. The EU Progress report for BiH 2011 states the following: “Discrimination against lesbian, gay, bisexual and transgender (LGBT) people remains widespread. LGBT activists have been subjected to threats and harassment. Hate speech and intolerance towards LGBT persons by media and politicians remain issues of concern.” A recent and updated report made by International Lesbian and Gay Association (ILGA- Europe) “Rainbow Europe Index 2011” presents BiH as a country where LGBT human rights are not respected. BiH scored only 1 on a scale from 17 to -7, with 17 as the highest score and -7 as the lowest.

The score clearly indicates that there is a large-scale discrimination against LGBT groups. They cannot fully enjoy their universal human rights, especially when it comes to labour rights, freedom of speech and freedom of assembly. There is an urgent need to remedy this situation and take policy and legislative measures to combat homophobia and transphobia. Due to the fear that LGBT persons experience in BiH, many of them are reluctant in terms of a publically coming out. On the other side, there are still different radical groups that are ready to use violence against those, which are “different”.

The gravest example of this happened during the first attempt to organize a Queer Sarajevo Festival in 2008, where eight people were physically attacked and injured. Prior to the event a widespread homophobic campaign was publically initiated where even politicians and media was involved. This example has proven that authorities in BiH are not ready and willing to protect these groups: In this particular case the police did not protect the visitors and organizers of the festival from  physically attacks and the courts did not effectively sue even one case related to these attacks. All-important international interstate and non-governmental organisations condemned the discrimination and violence against LGBT people and the attack against organizers and participants of the Sarajevo Queer Festival. Local authorities kept silent, they did not react against the violations of human rights that happened. Furthermore, they blamed the LGBT human rights defenders that organized the event and made them responsible for the violent outcome. Even though, the European system of humans rights gives legal protection (for example through the European Court of Human Rights), but when it comes to the implementation of national measures on a local level, LGBT people are not protected at all.

The overall objective of the project is to advocate for the human rights of LGBT people as one of the most discriminated, invisible and marginalized groups in the BiH society. One of the most important things that we aim to achieve with this project is to give through the extensive programme of trainings the local ownership in order to gain the knowledge and skills to the different targets groups that are going to allow to a better implementation of the anti discrimination legislation in force. Also thanks to the project, we are going to build up a strong network of LGBT Human Rights Defenders to react to any kind of human rights violation. As we mentioned, international standards, with respect to human rights and especially LGBT human rights have to be stronger implemented in BiH. But not just as a policy imposed from other superior level, as for instance from the European level, but also it has to become a Bosnian-Herzegovinian value, within local ownership in order to respect and have an equal treatment of every citizen of BiH.

We intend to develop an intensified strategic approach, with the overall goal to advocate the protection and promotion of LGBT rights and groups. This should happen by strengthening and networking the CSO, active in this field, and at the same time by sensitizing the wider public and state authorities of the negative effects that are caused by marginalization, discrimination and the extremely limited protection of LGBT groups by trying to address the causes for homophobia/transphobia in BiH society. Therefore, the result of the foreseen structured long-term research/action will be the contribution to a higher level of comprehension/understanding of causes of homophobia and mistreatment towards LGBT persons.

Trough the foreseen media and advocacy campaign we want to ensure a better visibility and acceptance/inclusion of LGBT persons in the BiH society. Also, through the foreseen actions state officials and civil servants will be sensitized towards the needs and problems of the LGBT community and react proactively. Legal protection will increase through common lobbying and advocacy activities, using CSO structures and organizing them in a broader Gay Straight Alliance. Furthermore, with this project we aim to strengthen the capacities of the CSO in order to increase their skills to fight against discrimination, addressing the rooting causes of homophobia and transphobia. This will be achieved through comprehensive investigation about the situation of the LGBT human rights and the problems they are facing in everyday lives in our country. Due to training programmes all those groups are going to increase their knowledge about LGBT issues. As a result, they are going to be sensitized, and they will use this capacities, knowledge and skills to a better implementation of the anti- discrimination legal framework in force in BiH. The programme of trainings is going to build up a strong network of trained persons, who will be future multipliers through future cooperation in their respective works.

It is a fact that the target groups need to be trained, to get a better understanding of LGBT rights, especially in relation to the European Human Rights and Freedoms Convention, European Court of Human Rights jurisdiction, international security and health standards etc. State authorities need to reach out to LGBT people, going further from the general declarative and theoretical support that is part of some internal documents and take actual actions that allow human rights and fundamental freedoms. BiH civil servants and human rights officers are not well known for their proactive approaches. The result of this work will be higher protection of rights and a better understanding for the needs and problems that the LGBT people, as the final beneficiaries, are facing everyday in our country

The direct target groups within this project will be

We are going to select the participants along the following criteria: representation, multiplication possibilities, and a good representation of both genders and balanced regional representation through BiH. As the actions aims to develop higher social cohesion through working on human rights and supporting the peaceful conciliation of group interests through promoting solutions on divisive matters, the final beneficiaries of the actions are the LGBT community, but also the BiH society as a whole and their citizens. Countrywide multimedia public campaign will reach a wide BiH audience, which will be sensitized with LGBT issues and with the importance of living in an inclusive and evolved society.

Foreseen actions and dialogues between stakeholders, civil society will become an effective force for political reform and ensure a platform for viable enjoyment of LGBT/human rights. Activities should lead to the creation of a strong network of human rights defenders that are going to behave as watchdogs in order to prevent human rights violations or to give to them accurate remedies This structured long-term research/action will contribute to a higher level of understanding of causes of homophobia towards LGBT persons and provide concrete solutions which hence which will contribute to a better visibility and acceptance/inclusion of LGBT persons in the BiH society.

This action is the first project with a mid-term systematic approach in BiH ever. No previous comprehensive actions have been implemented in BiH when it comes to enhancing LGBT human rights. Nevertheless, this project is building on common LGBT activities that the Heinrich Böll Foundation (HBS) has been implementing with the Sarajevo Open Centre (SOC) since 2010 and general gender actions that have been carried out by the CURE Foundation in the past years.

This project is financed by the EU and it will last for the next two years (2013 and 2014). Partners on the project are Sarajevo Open Center and CURE Foundation.