Teaser Image Caption
The delegation disusses the key findings of the study.

The research project highlights the national level parliaments and critically reviews quota designs, practices and experiences of women parliamentarians on both quota seats as well as general seats. A delegation of women parliamentarians, together with civil society activists from Afghanistan and Pakistan, went on a visit to Berlin and Brussels to discuss the first key findings.

Pakistan was among the first countries world-wide to introduce gender quotas in parliament and since then followed the path of indirect reserved seats, ensuring women’s descriptive political representation ever since the 1950s. In contrast, quota provisions in Afghanistan are a legacy of the post-2001 intervention, opting for directly contested reserved seats at the national level. The question of quotas is closely linked to questions of the quality of a political system in terms of inclusive political representation and participation, thus also about the quality of democracy and its decision-making processes.

Worldwide, we have seen a tremendous increase in quota provisions since the 1990s, with differing outcomes in terms of women’s political participation and substantive representation, i.e. the question in how far and why they represent women and what their contribution is to politics. However, quotas remain a contested issue in both countries under review - when it comes to their design and impact on electoral politics, performance and changes in political culture. The hbs research project on “Reviewing Gender Quotas in Afghanistan and Pakistan”, supported by hbs offices in Afghanistan and Pakistan, highlights the national level parliaments and critically reviews quota designs, practices and experiences of women parliamentarians on both quota seats as well as general seats.

The first publication in the series is the comparative study “Unmaking Political Patriarchy through Gender Quotas”. In this study the authors, Farzana Bari and Andrea Fleschenberg, of Quaid-i-Azam University, Islamabad, are identifying commonalities and differences of Gender Quotas in the parliaments in Afghanistan and Pakistan and contextualize women’s political participation and gender democracy worldwide. From the findings of the country studies, they are drawing concrete recommendations for practice.

Together with a group of Women parliamentarians from Afghanistan and Pakistan the authors went on a delegation visit to Berlin and Brussels from 8th to 18th November to discuss the findings of the studies with policy makers, parliamentarians, experts and representatives of media and civil society. Besides the findings of the study the delegates discussed action strategies and possible steps for enhancement of the role of women in the debate on peace and security and regional cooperation.

The interlocutors the delegation met in Berlin included representatives of the Federal Foreign Office and the Federal Ministry for Economic Cooperation and Development, as well as members of parliament of the German political party Alliance 90/The Greens. Besides the finding of the Gender Quota study, the agenda foremost contained the protection of women in conflict situations and exile, and the role of the international community. The Federal Foreign Office was interested in the expectations of the delegation group regarding the engagement of international stakeholders, especially of Germany in Afghanistan and Pakistan. They also asked for feedback referring to the efficiency of the German support in the sectors of health, education, renewable energies, governance and civil society. The delegation group also came together with representatives of German media and civil society organizations in an expert round table held at the office of Heinrich Böll Stiftung Berlin and met with students and academics from Humboldt and Free Universities of Berlin to discuss women’s political participation and Gender Quotas in Afghanistan and Pakistan. During the delegation visit the political tensions between the two countries and the necessity to transcend those amenities became obvious for their counterparts as well as the delegates themselves:

“During our stay in Berlin I became aware that an interaction between Afghanistan and Pakistan is crucial. We don’t need to intensify the contact to Berlin and Europe but between our own countries.”, the member of the National Assembly Shazia Marri from Pakistan reflects. Shaista Pervaiz Malik, another member of Pakistan’s national assembly comments on the Afghan-Pakistani relationship:  “There is so much mistrust between the nations and it can be solved by sharing opinions. We can achieve (this) together. We need to stop the blame game.”

In Brussels the delegation met with the advisor for Women, Peace and Security of the NATO headquarter as well as the US Mission to NATO on Afghanistan/Pakistan policy. In order to assure the protection and participation of women within the public sphere the Afghan-Pakistani delegation stressed the importance of the implementation of UN Security Council Resolution 1325 on women, peace and security. “International monitoring is a crucial element to really put the resolution into practice” Shinkhai Karokhail, representative of the Afghan parliament states. The international intervention in Afghanistan and the future of the peace talks were another important topic: Shah Gul Rezaie, Afghan parliamentarian became very clear about the international engagement in Afghanistan:

“However people to people contact and civil society interaction is good but, at the end of the day (it is important) who is (the) decision maker. After 13 years, it is crucial to review the situation and I feel international engagement in peace talks is crucial.”

As next step the delegates will gather in Islamabad to reflect on their visit to Berlin and Brussels and to discuss the future cooperation to enhance dialog among Women Parliamentarians in Afghanistan and Pakistan. The country studies of the publication series “Reviewing Gender Quotas in Afghanistan and Pakistan” will be launched in January 2016 in Kabul and Islamabad respectively. 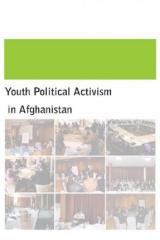 Although the country is unlikely to face any revolution in the immediate future, with 68% of its total population under the age of 25, Afghanistan is currently witnessing a serious growth in its youth population, and it has resulted in socio-cultural and political consequences that have been previously unheard of in Afghan political culture and conventions.

“I will continue my fight patiently and confidently.”

I will struggle for social justice using all of my physical and mental capacity. It actually does not matter whether you are alone or in a group, but what is important is how you manage and structure your energy.