The Influence of Neo-Liberal Policy on Labor Rights in Georgia

Since 2004, there has been a wave of aggressive privatization in Georgia. Until today the state is allowing for a situation, whereby uncontrolled exploitation of natural resources leads to people becoming dependent on monopolist enterprises. An overview in occasion of the International Workers’ Day.

Ensuring that workers are guaranteed basic labor rights is still a serious challenge in Georgia. The source of these problems is the state’s policy of inaction. This is a result, on the one hand, of the country’s change in its historical formulation, whereby the Georgian government chose a policy of total deregulation and privatization as a route to economic development, without considering the issue of social interests. On the other hand, it is a result of the fact that each subsequent government recognized that secure working conditions create a space for people to think and act freely.

After the collapse of the Soviet Union, in a period of civil war and terrible social-economic conditions, the first post-Soviet government fell victim to unrealistic perceptions of national ideals. The subsequent government reduced the country to conditions of overpowering corruption and completely hopeless economic stagnation. As a result, no progress was made in the country, either in terms of human rights or in the protection of the labor market.

In these conditions and against a backdrop of mass social discontent, in 2003, a coalition of young and ambitious politicians replaced the government in the ‘Rose Revolution’[1], determining that the route to economic success was the free market and a policy of complete deregulation, the automatic adoption of which, without a critical comprehension of the capitalist economic model, was supposed to allow for a clean slate of economic renewal.

In line with this policy, since 2004, there has been a wave of aggressive privatization[2]. Even strategic resources, including the right to mine minerals and fossils, were slated for privatization. In this process, the interests of private individuals directly conflicted with public interests, however the revolutionary government no longer thought much about which of the opposing sides they would give preference to. Resources were illegally transferred to offshore enterprises, hidden elite groups in government and specific authorities, without the involvement of society or the consideration of social interests[3].

Privatized enterprises gradually began operations. In the regions of Georgia, the industrial extraction of fossil-fuels was revived and local residents were employed. It’s important to note that the government’s declared free-market policy, which was based on liberal labor and environmental protection legislation, narrowed the employer’s obligations to the minimum, whilst the issuance of permits for environment-impacting activities and fossil-fuel extraction was made as easy as possible[4].

During this period, the number of regulatory organizations decreased, while their powers were also significantly limited. One of them, the Labor Inspectorate, was dissolved on the basis of corruption. The results were devastating, both for workers and for the environment. By way of the neo-liberal economic policy chosen by each subsequent government, both the environment and labor rights suffered the harshest consequences, especially in those regions where extractive industry was underway.

In 2012, the challenges of labour rights emerged with renewed vigor before Georgia’s new coalition government. Massive workers’ strikes took place in almost every industrial region of the country. Extreme violations, hidden for such a long time, were revealed: dangerous working conditions for employees[5], some working without safety equipment to protect them from dangerous conditions, wide-ranging statistics[6] of injuries and deaths (the publication of which was previously blocked[7]), cases of a discriminatory nature, including the arbitrary cessation of contracts based on the employee’s trade union membership[8].

All of the above-mentioned problems are particularly acute given the fact that these enterprises are often the only source of employment for the local population in the regions. In conditions of complete deregulation, companies are using different methods to increase workers’ dependence on them, for which they are bringing financial institutions and grocery stores into the system. Under the obligations of the short-term lending and credit systems, employees are forced to bear the most difficult conditions without saying anything. Monopolist enterprises have become at once both the worker’s only source of income and a threat to their lives.

The damage inflicted on the environment has been huge. Uncontrolled pressure on the environment and the ruthless exploitation of resources has compromised soil, water and air quality, and chemical elements have also found their way into food. Cases of cancer and other serious illnesses have increased - a fact which has not been seriously investigated by the authorities to this day[9]. Despite the wealth of mineral resources, the industrial regions have become extremely poor: due to the levels of environmental pollution, agricultural enterprises have become unfeasible.

Liberal labor legislation has also had a serious effect on staff and employees in other areas too. Due to the socio-economic vulnerability of the regions, job-seekers started to migrate to the capital en masse. Exploitative labor of employees in supermarkets, cafes and restaurants has reached acute levels. With sixty or seventy-hour working weeks and miserable pay, workers are unable to meet their most basic needs. Workplace discrimination is common, with businesses employing vague disciplinary procedures such as arbitrary fines and often the dismissal of workers[10].

Serious violations in the areas of ecology and labor rights have been identified in reports by international organizations, obligating the state to act in response, and this was the reason behind amendments to the Labor Code which were introduced in 2013. Minimal mechanisms for the protection of workers’ rights appeared in labor legislation and previously-abolished regulatory departments were resurrected, albeit with fewer powers.

By simply fulfilling international obligations without protecting human rights standards and addressing systematic problems, the changes introduced into the legislation were unable to bring about the amelioration of long-standing violations in the workplace. The ineffectiveness of these changes was revealed in subsequent years by, among other things; labor strikes in different industrial regions of Georgia[11], the results of ineffective mediation efforts in the transport and metallurgy sectors[12] and the arbitrary cessation of operations[13]. These events, which went beyond labor issues to encompass a wide-scale social protest movement, have revealed the need for a transparent industrial policy and the proper regulation of pay and wages in order to establish social justice.

Under a predatory economic policy, the worker who survives until the end of the day saves his family members until the end of the month. The state is allowing for a situation, whereby uncontrolled exploitation of natural resources leads to people becoming dependent on monopolist enterprises. Such a social background limits perspectives for the fight for a better environment, while for citizens, it blocks routes for the creation of a social policy.

However, as a result of neo-liberal policies coming to the surface, deeply-ingrained social dissatisfaction reduces the chances that the future government elected in Georgia’s upcoming elections will declare the state`s detachment from economic growth as a road to economic success and disguise the state’s political failures in terms of public interests and the protection of human rights. 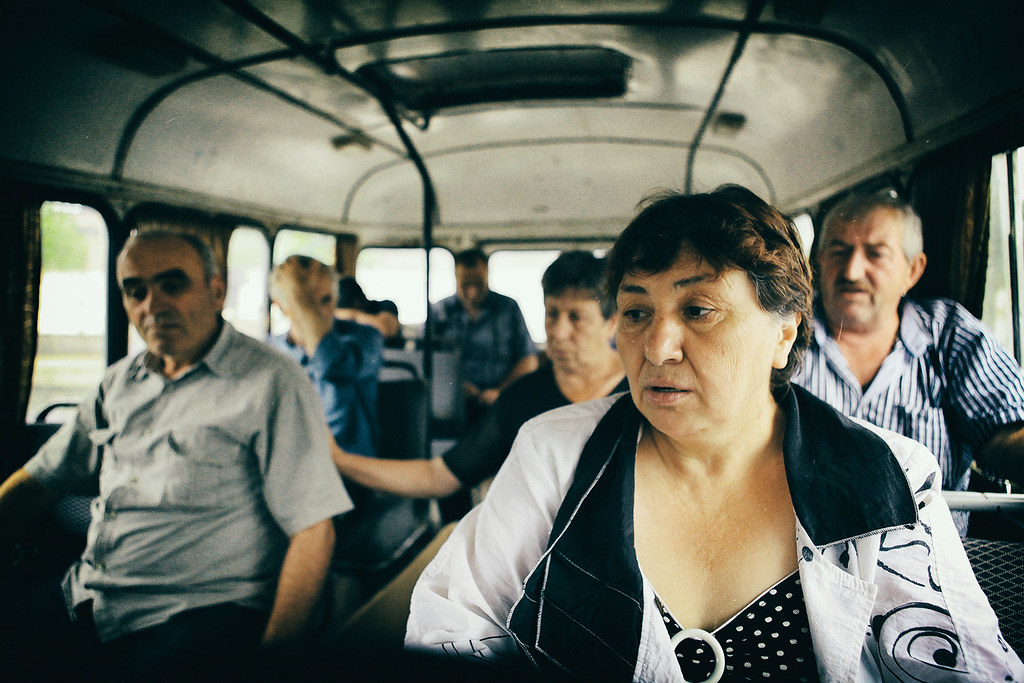 All photos and videos are taken by Human Rights Education and Monitoring Center (EMC) in the frameworks of the project "Strengthening the Workers in Industrial Zones and the Young Civil Society Activists for the Protection of the Environment and the Labor Rights" implemented in cooperation with the Heinrich Böll Foundation South Caucasus Regional Office.


[6] Infographic: Statistics of work-related injuries and deaths (In Georgian).


[12] “EMC assess the court’s ruling on the postponement of the metro drivers’ strike” (in Georgian).


[13]“The state is not participating in the guarantee of miners’ rights” (in Georgian).

The emergence of the Islamic State implies significant political and geographic transformation. Georgia as a territory is not in the spotlight of these changes unless appropriate conditions take shape, in particular, if they win a big number of supporters.
By Ruslan Baramidze

The conflict, which has flared in the South Caucasus around Nagorno-Karabakh between Azerbaijan and Armenia serves as a reminder that there are other regional conflicts that demand Europe´s attention. And Europe’s response will be no less important than in the case of Ukraine. &#13;
By Nino Lejava

The trade relations of the six countries of the Eastern Partnership is a complex web of discrepancies. They have assigned different association agreements with Russia and the EU. The coexistence of these two models of economic integration poses challenges - and problems.
By Heidi Hautala