Geoengineering is not the only answer

Parties to the CBD need to send a strong message to their climate counterparts to find real solutions that work for ecosystems and people instead of offering quick technofixes.

Mainstream politics is ill-equipped to imagine fundamental change. But last December in Paris, 196 governments agreed on the need to limit global warming to 1.5°C above pre-industrial levels – an objective that holds the promise of delivering precisely such a transformation. However, many climate scientists and increasingly more policy makers are arguing that the only way that this ambitious goal can be achieved will be through large-scale technological interventions to control the global thermostat.

Proponents of these geoengineering technologies argue that conventional adaptation and mitigation measures are simply not reducing emissions fast enough to prevent dangerous warming. The Intergovernmental Panel on Climate Change seems to agree. In its fifth assessment report, it builds its scenarios for meeting the Paris climate goals around the concept of “negative emissions” – that is, the ability to suck excess carbon dioxide out of the atmosphere.

The supposed saviour technology, BECCS (Bioenergy with CCS), suggests to produce large amounts of biomass; those plants would then be converted into fuel via burning or refining, with the resulting carbon emissions being captured and sequestered. The effects of the EU’s biofuel policy on food prices and land grabbing offers a bitter taste of what that would might mean for people and ecosystems. Using BECCS to limit global warming to 2°C would require a land area at least twice the size of India and maybe more…

Solar Radiation Management (SRM) – the other type of geoengineering - aims to control the amount of sunlight that reaches the Earth, for example by pumping sulphates or other aerosols into the stratosphere which would reflect more sunlight back into space. But blasting sulphates into the stratosphere does not reduce CO2 concentrations; it merely delays the impact for as long as the spraying continues. Moreover, sulphate injections in the Northern hemisphere could cause serious drought in the Africa’s Sahel region, owing to dramatic reductions in precipitation, while some African countries would experience more precipitation. The effect on the Asian monsoon system could be even more pronounced. In short, SRM could severely damage the livelihoods of millions of people.

Geoengineering as the lesser evil?

The Parties to the CBD (Convention on Biological Diversity)  have shown remarkable foresight when they adopted Decision X/33, 8 (w) in 2010 and established a moratorium on all geoengineering technologies. Climate-related geoengineering will be considered at COP 13 under Agenda item 17. The draft recommendations (UNEP/CBD/COP/13/2/Rev.1 page 137) basically reaffirm that precautionary approach and parties are well advised to adopt that decision. However, they need to remain alert since the Post-Paris Brave New Climate World sees geoengineering as the “lesser evil” and the CBD as a decision-making body that can easily be ignored when “more important” challenges (such as climate change) have to be addressed.

They will ask: If geoengineering can’t save us, what can? The CBD has a big range of expertise to offer on that issue, specifically when it comes to sustainable land use practices. Here is one concrete example of what that could mean for the climate: The Stockholm Environment Institute has calculated that we could sequester 220 to 330 gigatonnes of CO2 globally by restoring and protecting natural ecosystems as an important contribution to repaying our land carbon debt.

Geoengineering solutions are not the only alternative. They are a response to the inability of mainstream economics and politics to address the climate challenge. Instead of trying to devise ways to maintain business as usual – an impossible and destructive goal – we must prove our ability to imagine and achieve radical change. If we fail, we should not be surprised if, just a few years from now, the planetary thermostat is under the control of a handful of states or military and scientific interests.

Studies and policy recommendations on the impacts on biodiversity and associated livelihoods caused by any geoengineering intervention are, and should remain, under the mandate of CBD and its bodies. Parties to the CBD need to send a strong message to their climate counterparts that they need to do their homework properly and look at real solutions that work for ecosystems and people instead of offering quick technofixes.

The ETC Group has prepared a briefing on geoengineering for the COP 13 of the Convention of Biological Diversity.

Last December in Paris, 196 governments agreed on the need to limit global warming to 1.5°C. But political constraints are causing some to advocate solutions that will do more harm than good.
By Lili Fuhr

Dossier on the UN Biodiversity Conference in Cancún (CBD COP 13)

Mainstreaming Biodiversity was the central motto of the Cancún conference taking place 4-17 December, 2016. The Heinrich-Böll-Stiftung followed the negoations in Mexico particularly on the issues of Synthetic Biology, New Economy of Nature and Geoengineering. 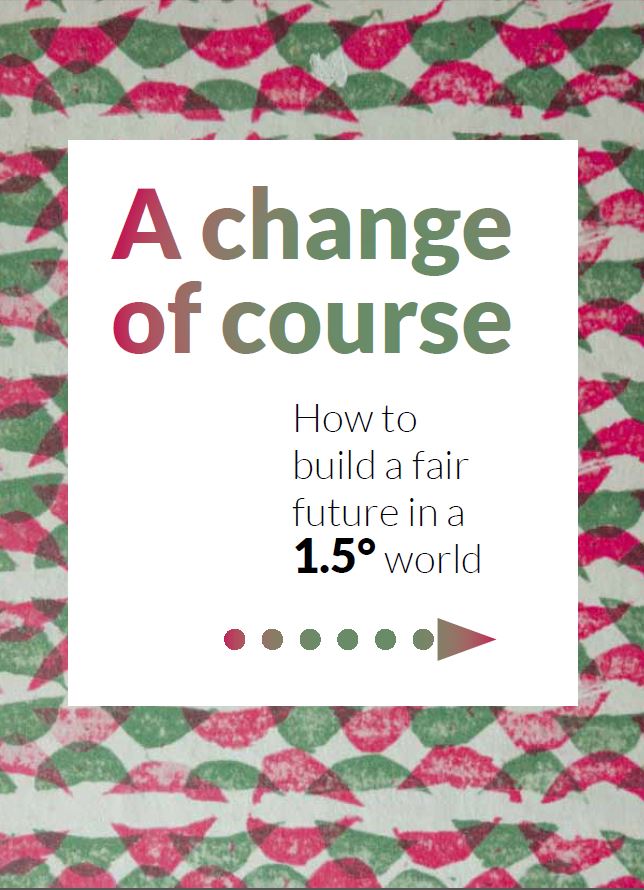 In Paris in 2015 governments agreed to keep global warming to well below 2 degrees. The mainstream pathways pin theirhopes to risky and costly technologies. In this joint publication, together with Friends of the Earth Germany (BUND) and Misereor, we present alternatives that are possible and necessary for a change of course. 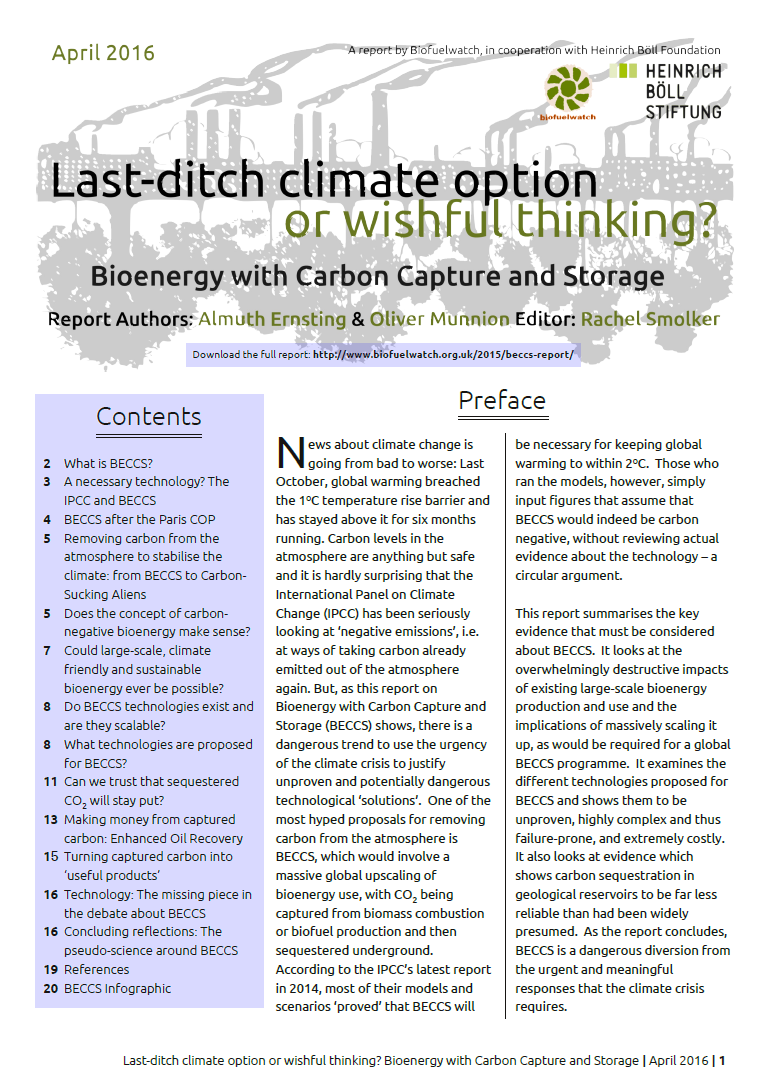 This report summarises the key evidence which must be considered about BECCS. It looks at the overwhelmingly destructive impacts of existing large-scale bioenergy production and use and the implications of massively scaling it up, as would be required for a global BECCS programme.