«We are asking questions that are uncomfortable»

On our own behalf

Ellen Ueberschär and Barbara Unmüßig on history and networking in times of growing global challenges, plus the Foundation as a place for discussing crucial future questions, a place, where controversial ideas will clash and diverse points of views be heard. This conversation was first published in our magazine boell.thema 2/20.

Mrs. Unmüßig, Mrs. Ueberschär, for decades you‛ve been active members of the German Greens. In your wildest dreams, would you ever have imagined that, one day, you would be leading the Heinrich Böll Foundation as joint chairs?

EU: Certainly not – and that despite the fact that the Böll Foundation has been my political home base since the early 1990s. My roots are in East German church-based opposition circles, and after the peaceful revolution I worked on the Advisory Board for a Democratic Federation of German States. This was the first all-German citizens' initiative, and we campaigned for a new constitution that would represent the interests of all German, East and West. Through my involvement in this and my work as a research assistant I became one of the first fellows of the Foundation. 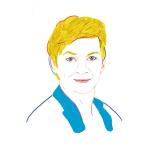 BU: I wouldn‛t have imagined that either. During the 1980s, I was assistant to the first Green group in the German parliament – and after that I founded a number of civil society networks and helped establish The German Forum on Environment and Development. Early on, I was involved with global environmental politics and thus familiar with the activities of the Foundation. Still, in 2002, when I and Ralf Fücks ran for the positions of Foundation co-chairs, I was awed by the challenge – after all, this is a prime political position and a major organisation to manage. I view it as a great privilege to engage in international politics with tax payers‛ money. For me, it‛s a great joy to build up the Foundation‛s reputation through good concepts and a professional work ethic.

Looking at the scope of your activities, how do you split responsibilities for different domestic and international programmes?

EU: That‛s not really possible. All of our work goes beyond the domestic, even beyond the European level, be it our environmental or economic responsibilities, be it democracy. Thus I never think, this is my department, and this is yours. There are many, many overlaps regarding issues as well as regions. I think it is quite productive to discuss why things are changing and into which direction. What are the drivers of social and environmental transformation? What angles need to be played to protect democracy effectively?

BU: Thinking in departments is something a foundation can‛t afford to do in today‛s interconnected world. The challenge is to identify how we, as co-chairs, may work together in ways that are both interdisciplinary and transdisciplinary. One of the strengths of our Foundation is to be able to link up justice, democracy and a sustainable future on a global scale and by working with many great partners around the world.

Currently, the Greens are on the up, and after the coming elections they aim to be part of the next German government. What does this mean for the Foundation? 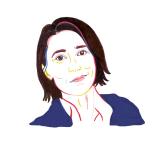 EU: For us this means that people are paying more attention to our activities. This may affect areas such as foreign and security policy, where people will contact us that, in the past, used to work with different political actors. Our alliances are on the increase – and thus our social scope. This, however, also brings up questions such as, What makes us different? What is our focus? How do we stay in touch with civil society and individual movements? And how can we balance government policy, which is based on compromises, with the demands of movements, which can‛t be implemented right away, no matter how desirable that may be? Here, our role as mediator will become even more important than it already is. We will continue to play our strengths, meaning, we are a think tank, we are networkers, and we offer political education for the people.

BU: I expect that, once the Greens are in government, the role of the Foundation will change. There is a difference between being in opposition, upholding your normative framework and many key demands, and being in government, where compromises are the rule. Here, our role as mediator will become much more important. We‛re able to build bridges between the baselines of certain political outlooks and the necessary compromises demanded by policy. We do have to promote communication about Green targets and Green visions – plus, as a Foundation, we are the locus where creative thinking about the future may take place, a locus where not everything is being drowned out by the noise of realpolitik.

BU: I agree with Ellen – we have to remain a think tank. For the Foundation, the fact that the Greens are in government, doesn‛t mean that we‛ll become faceless. We have to look ahead, have to be courageous and identify the up and coming issues. This, we can only achieve if we work without blinkers, which means some of our positions will have to be controversial – otherwise we would become expendable.

EU: In the times of COVID-19 we‛re asking: What are the lessons of this global health crisis? What are the consequences for business, democracy and communal life? How do we combine solutions with a Green rebuild of the economy, with further developing democracy, with the fight against populism and right-wing authoritarianism? What are the right formats for such a debate – formats we can use now without having to wait for things to normalise – something that will take a long time. And how can we and our Foundations in Germany‛s 16 states heighten the interest in Green ideas?

BU: We have a network of 33 offices around the world. As a consequence, our outlook needs to become more diverse – and we have to introduce other perspectives to Germany and Europe, in order to show that people are affected in different ways – and are finding different ways to weather the crisis. What‛s at stake is whether we‛ll be able to overcome the crisis in ways that are, at once, democratic and socially just. The consequences on the world economy will be dramatic. We will educate people, we will support our partners in tangible ways, and, wherever possible, we will develop social and environmental solutions. This is our mission.

Every journey has a beginning. If you look back on the history of the Böll Foundation, what  issues have shaped the Foundation the most, what issues will remain key?

BU: We are and we will remain a place for debates that excite. We are asking questions that are uncomfortable, and we interlace environmental issues with democracy and social challenges. We are an authority on Feminism and Gender Democracy and, in the area of women‛s rights, we are an important global and domestic player.

EU: The Böll Foundation is a place for progressive, enlightening debates. Participating in a  Böll event means, meeting people and meeting experts one will rarely encounter elsewhere. It is fabulous that we have reached this level. At the same time, numerous liberal and left intellectuals will meet at the Böll Foundation, and many among them view it as their home. Part of our beginnings is also a strong tradition of civil rights policy, something the East German Bündnis 90 contributed to the Green Party. Our commitment to human and civil rights is a key part of our brand.

How helpful are the experiences you made during the protest movements of the 1980s in the face of today‛s anti-democratic reaction?

BU: It‛s always good to fight the good fight – be it against injustice, against nepotism, against racism and sexism, against corruption and also against environmental degradation. Thus I experience protest movements such as Fridays for Future or #metoo as a boost. However, protest is not enough, it also needs to be injected into formal democratic and parliamentary processes. This is where a political foundation comes into play.

EU: For me, the formative experience was getting active, getting involved. Democracy needs involvement – protest alone isn‛t enough. The East German civil rights movement fought for free elections, freedom of speech and the rule of law. All of this is guaranteed by  the institutions we have in Germany today. Let‛s use those freedoms and thus make democracy a living organism!

Ellen Ueberschär is co-chair of the Böll Foundation since 2017. Before she was Secretary General of the German Evangelical Church Assembly.

Barbara Unmüßig is co-chair of the Böll Foundation since 2002. She was an assistant to the first Green group in the German parliament.

Anja Maier is parliamentary editor at die-korrespondenten.de. She lived in East Berlin when the Wall fell – and, ever since, has been happy about how wide the world has become for her.