What may grow, what must shrink

The worldwide bestseller "The Limits to Growth" was published fifty years ago. Our author takes stock of the debate and suggests a way forward.

"The Limits to Growth". Published fifty years ago, this Club of Rome report remains one of the most cited, influential, and consistently controversial publications in the history of environmental policy. It was released in 35 languages with a total circulation of over 30 million. Together with Rachel Carson's "Silent Spring", it is one of the early classics of the environmental movement. 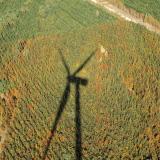 The analysis at the time used a computer model called World3 to explore the interaction of five stylized variables over the period from 1972 to 2100: population, technology, industrial production, non-renewable resources and pollution. Gross national product, which is generally treated as synonymous with economic growth, was – at best – included only indirectly in the shape of the variable "industrial production".

The authors modeled several scenarios that assumed different resource availabilities and different technology developments, among other variables. Most of these scenarios led to collapse during the 21st century. However, the Club of Rome emphasized that the report also contained a positive message: With forward-looking policies, this collapse could be avoided.

The authors published updates to the report twenty and thirty years later that confirmed the original findings in principle. Resource availability, however, was not the first limit that the world system reached. Instead, environmental pollution – in the form of nontoxic, seemingly innocuous substances such as CO2 and now plastic as well – has proven to be the most intractable problem to date, proving difficult to contain and throwing our global ecological systems out of balance.

Independent analyses have also broadly confirmed the original findings. In 2021, Yale researcher Gaya Herrington compared World3 model results with empirical data and found a close alignment, particularly with the scenarios that assumed increased resource availability (BAU2) and accelerated technology development (CT). However, both scenarios lead to a decline in industrial output from 2040, albeit with very different consequences. 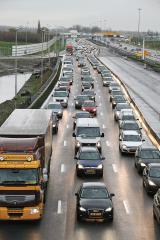 The report was subject to heated debate from the start, to the point where blatantly false claims – such as the report forecasting a collapse in 1990 – became widespread. The controversy it generated continues to this day, since the ultimate dilemma remains: Up to now, our societies have been dependent on economic growth for a number of factors ranging from social security and taxes to the stability of the financial system. Even the investments required for the transition to renewable energy generate an impetus for growth. And while the energy transition has met with great approval in principle, it would most likely not be feasible to shrink the gross national product by the magnitude that climate protection would require. A shrinking of consumption variables such as living space or mobility per capita for the global North – while certainly desirable – would be politically difficult to impose as well.

Ultimately, we must make a clear distinction between what is allowed to grow and what must shrink: The consumption of nature in its various dimensions must shrink radically. While the environmentally relevant variables of human consumption (living space per capita, mobility kilometers, etc.) will likely still have to increase somewhat in the global South, they should decrease or at the very least be kept stable in the North. From this perspective, growth of the gross national product is not the central target variable, but at best a resultant and possibly a condition for economic stability.

The concept of the "Great Transformation", which was introduced into the debate by the German Advisory Council on Global Change (WBGU) in 2011, also offers an important contribution. The term, which was coined by the social historian Karl Polanyi, firstly emphasizes the processual, dynamic nature of the upcoming change. Usually accompanied by the adjective "socio-ecological", the term Great Transformation emphasizes that the matter at issue is not a marginal adjustment of an economy that is otherwise running smoothly but a fundamental change in the essential systems that determine our way of life: energy, transportation, housing, food and industry.

Technological and lifestyle changes are often closely intertwined: moving beyond car-centric cities to an attractive mix of bicycles and e-bikes, networked local public transportation and various sharing services – including a remainder of electrified, shared automobility – relies on an interlocking system of technical innovation, infrastructures and the behavioral changes it enables. From this perspective, the "lifestyle versus technology" debate – a recurring theme on many talk shows in Germany – proves to be a false dichotomy.

From the point of view of the transformation of the systems that are significant for our environmental consumption – energy, transportation, housing, food – life cycle assessments carried out at a single point in time for individual technologies then also become questionable. For example, the carbon footprint of electric vehicles in a coal-fired power system may not be particularly convincing when compared to that of an efficient diesel. However, if the changeover is seen as part of a major transformation of the energy and transportation system, it makes more sense. 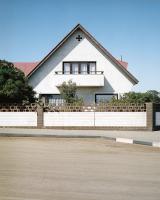 Such a transformation will take many years, even if it has to proceed at breakneck speed now because of the failures lack of action of the past fifty years, and there is no panacea. Even CO2 pricing, highly praised by many economists, will at best play a supporting role (see Cullenward/Victor).

In each of the sectors, transformation paths need to be explored that intertwine technical practices, infrastructures and technologies with behavioral changes. Societal coalitions for change need to be forged and politically empowered if we are to square the circle of ambition and pragmatism. The increasing moments of crisis must be used for quantum leaps in the right direction instead of falling back into old patterns.

Technological developments are indispensable, but their implementation can no longer be left to the profit motive alone. The opportunities they present must be seized to reduce our ecological footprint, not to fulfill our dreams. Not everything that is technically feasible and fulfills individual desires or the striving for profit – be it flying taxis or space tourism, supersonic flight or Bitcoin mania – necessarily serves the common good, because the growth of desires, not infrequently even greed, would drive the world into the abyss. Wise, societally negotiated self-restraint is necessary at these points. As Mahatma Gandhi observed, the world has enough for everyone's need, but not enough for everyone's greed.

The Great Transformation will not be linear; history will inevitably progress in fits and starts. Despite various setbacks and growing ecological crises, we must always keep our eyes on the prize: the fastest possible socially sustainable transformation of our way of life and economy toward 100 percent renewable energies, environmentally sound land use and a comprehensive circular economy.

As things stand, we will no longer make it out unscathed. The impacts are hitting ever closer to home, with burning forests, thawing permafrost, heat waves and melting polar ice caps as just a few of the warning signs. Too much damage has been done to numerous global ecosystems, from the climate to oceans to forests and soils. But with a major effort, the coming crises can perhaps be used as transformational moments that can still prevent the collapse predicted by the Club of Rome models for the 2030s to 2050s, and at least allow for a "soft landing" (Adam Tooze, Jonathan Barth).

Solidarity with the most vulnerable in our global society is a prerequisite for this. The best moment to initiate the Great Transformation would have been fifty years ago. The second best is today – and parts of it are already underway.

Jörg Haas is the Head of International Politics Division of the Heinrich Böll Foundation.