Must We Risk Destroying the Ocean to Save the Planet?

It is highly debatable whether deep-sea minerals are needed to enable the renewable-energy transition and decarbonize the global economy. Instead of rushing to mine them, the world must first protect the biodiversity of the high seas and show that seabed mining can yield long-term net benefits for sustainable development.

Today’s growing world population and a privileged minority’s rapidly rising living standards are driving resource consumption and waste production at a rate requiring the capacities of 1.7 Earths and fuels alarming levels of global warming. And the ocean is increasingly suffering the consequences – not only the well-known large-scale bleaching of tropical corals caused by rising temperatures, but also the less visible risks of ocean-water acidification and temporal and spatial discrepancies in productivity patterns due to species-specific adaptability.

Earth, and especially the ocean, is thus approaching the tipping point of irreversible degradation. That would be a tragedy, marked by the ocean’s increasing inability to provide us and future generations with necessities such as healthy food, the carbon cycle, nutrient regeneration, and mitigation of global warming.

As recent studies and assessments indicate, the world is still able to change course in the face of this threat, if major pressures—including climate change—are mitigated and marine ecosystems restored. But a new risk is looming on the horizon: commercial deep-seabed mining for in-demand minerals.

The industry’s prevailing narrative today is that the world needs deep-sea minerals – including rare-earth elements, cobalt, manganese, and tellurium – to enable the renewable-energy transition and decarbonize the global economy. But recent economic analyses suggest that existing land-based mining and a transition towards a circular economy can fill possible gaps in mineral supply, and even indicate that surplus mineral production, such as from the deep sea, may cause prices to collapse. So, who will gain from mining the seafloor?

The mining of mineral-rich substrates will potentially affect the largely untouched deep sea at depths of 2,000-4,000 meters in some national waters, as well as the international seabed, known legally as “the Area.” The 1982 United Nations Convention on the Law of the Sea (UNCLOS) declared the Area and its mineral resources to be the “common heritage of mankind,” and established the International Seabed Authority (ISA) – a Jamaica-based body that currently has 168 member states – to manage them.

Since it came into existence in 1994, the ISA has signed 30 mineral-exploration contracts with 21 entities – sponsored by 16 states and one consortium. And industry pressure to start commercial exploitation has increased in recent years.

Although this impatience is perhaps understandable, seabed mineral deposits are typically found in highly specific and sensitive ecosystems. Older and more ecologically stable locations have more concentrated deposits and thus attract greater mining interest, but the associated ecosystems are more specialized and diverse.

Recent research has revolutionized our view of the deep sea and revealed an extraordinary diversity of small-scale habitats, life forms, and strategies. But we have yet to uncover most of these ecosystems’ secrets, and our understanding of their complexity and functional relationships is still in its infancy.

Moreover, scientific experiments indicate that habitats affected by commercial deep-seabed mining will not have recovered even after 30 years and will remain functionally disrupted, with an inevitable loss of biodiversity on an unknown scale. For example, every manganese nodule mining operation will plow through the upper 10-20 centimeters of mineable seabed measuring 200-800 square kilometers (77-309 square miles) every year for 30 years, causing major disturbance to at least three times as much seafloor. This dredging not only removes the livelihood of the local fauna but also causes pollution and clouding of an unknown amount of the clearest water on the planet.

The UNCLOS common-heritage principle was intended to help preserve social equity for current and future generations through fairness, redistribution, and knowledge transfer. But for deep-seabed mining to be commercially viable, operators need the ISA to grant favorable long-term contract conditions, including very limited benefit-sharing and restricted environmental regulation. The risk is that, once the legal framework is in place, a newly emerging industry will operate with (at least) 30-year contracts based on mere assumptions regarding the environmental effects of its untested technologies.

Other benefits accruing to humanity from our common seabed heritage remain uncertain. But an effort to resolve the problems that humans have created on land by further expanding our footprint and disregarding planetary boundaries does not appear to be a viable strategy.

Fortunately, alternative development pathways are available. Five years ago, governments adopted the 2030 Agenda for Sustainable Development (with the slogan “Transforming our World”) and its 17 Sustainable Development Goals, with the aim of guiding humanity toward a future based on intact natural environments, prosperous and peaceful societies, and successful action to limit climate change. The COVID-19 pandemic is a dramatic reminder that the way we are interacting with the biosphere renders our societies less resilient. But the world is still struggling to reverse accelerating biodiversity loss and ocean decline.

Preserving our common deep-sea heritage means taking responsibility for the future, responding cautiously to uncertain ongoing changes such as the effects of global warming on the ocean, and avoiding repetition of past mistakes. Such a forward-looking vision, building on the philosophy of the commons, should be at the heart of the current negotiations on the legal framework for exploiting minerals in the Area. Instead of rushing to mine the seabed, we need to pause until we can protect the biodiversity of the high seas and show that exploiting what lies beneath them can yield long-term net benefits for sustainable development.

This article was first published by Project Syndicate.

Dossier
The production and consumption of fossil, mineral and metallic raw materials not only contributes to climate change and environmental destruction worldwide, it also violates human rights, threatens our health and destroys livelihoods. 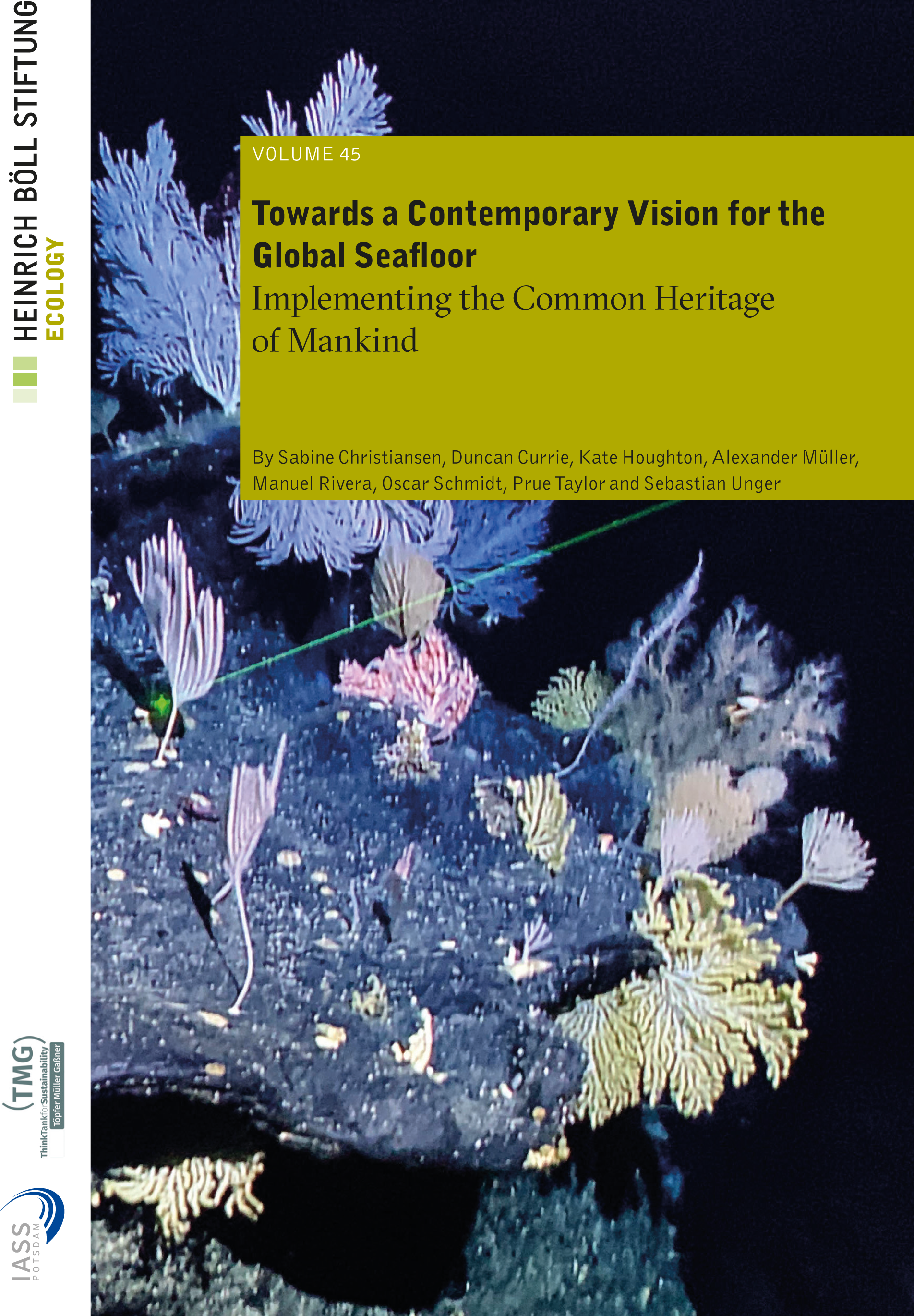 Towards a Contemporary Vision for the Global Seafloor

The present study, authored by scientists from different backgrounds, makes the eloquent case for such a reflection, pause, and reassessment. The publication is recommended to any reader concerned about our oceans' future.