The crisis of the Euro and the associated challenges for the European Union require a fundamental discussion on the goals and principles of European economic and fiscal policy.

The World Bank recently started advising governments to assume the bulk of the risk in public-private partnerships, so as to attract more private-sector players. But in addition to introducing an unacceptable moral hazard, this guidance is creating a possible doomsday scenario for debt-saddled developing countries around the world.
By Howard Mann

Studie
A new report exposing how public private partnerships (PPPs) across the globe have drained the public purse, and failed to deliver in the public interest, was launched at the Annual Meetings of the World Bank in Bali. The report entitled “History RePPPeated: How public private partnerships are failing” compiles no less than 10 case studies, showing how and why each PPP project failed to provide value-for-money, transparency and/or humane infrastructure projects.

A Climate-Friendly Response to Trump’s Protectionism

Comment
Rather than allowing itself to be dragged into Donald Trump’s destructive trade games, the European Union should turn them on their head, by introducing a CO2 levy, including border adjustment. Such a response would help protect the environment and boost the EU's own international clout.
By Barbara Unmüßig and Michael Kellner
All articles on Economy & Finance 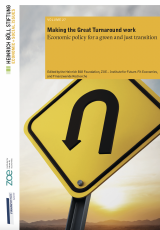 The long-term challenges have lost none of their significance – be it climate breakdown, species extinction, the increase in inequality, or demographic change. The challenge is to craft a strategic approach that can set the course for long-term success. 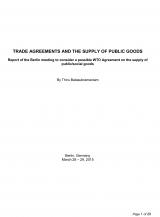 Trade Agreements and the Supply of Public Goods

This is the report of a Berlin workshop that was designed to serve as a space for experts with backgrounds in international trade, law, the environment and public health to  review the draft  of a WTO Agreement for the Supply of Global Public Goods as proposed by KEI and provide technical and strategic advice on how to move forward. 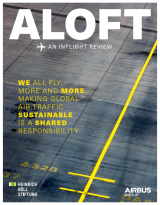 Air traffic must become climate neutral and more environmentally friendly. With the publication Aloft – An Inflight Review the Heinrich Böll Foundation and the Airbus Group want to provide important insights into the current state of technological developments and the political debate surrounding the sustainable future of flying. 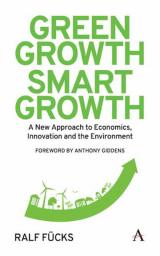 All publications on Economy & Finance