The convergence of presence and influence of women in positions of leadership emerged as a priority theme during the three-day peer exchange for 30 women leaders from across East and Horn of Africa that was hosted by the Heinrich Böll Foundation Nairobi from 24th to 26th September 2013 in Nairobi. This is because, presence alone does not always guarantee that the woman occupying a political position has influence to define the agenda and make transformative impact. The peer exchange paid focus to this question by critically reflecting on the virtue of quotas in transforming governance.

The group of parliamentarians, civil society leaders, academics and grassroots women organizers attending the peer exchange was drawn from Burundi, Somalia, Somaliland, Rwanda, South Sudan, Tanzania, Kenya, Uganda and Ethiopia. Interestingly, whilst affirmative action mechanisms have been entrenched in almost all these jurisdictions (with the exception of Somaliland), the outcome of the measures in terms of numbers and transformation of governance has not been the same. Amb. Joy Mukanyange who has worked for decades on gender equality in her country Rwanda lamented on the dangers of purely aiming to increase numbers “women can get complacent and comfortable. (As with male politicians) they work on their (political) positions more than for woman’s causes.”

Globally, only 30 countries have been able to achieve 30 per cent women representation in parliaments, all of them due to entrenching Affirmative Action mechanisms in their political processes.  Among countries that have registered remarkable progress in the representation of women through quotas is Rwanda which currently stands at 64 per cent, Tanzania at 36%, Uganda at 35%, South Africa at 42.3%, Angola at 34.1%, Burundi at 30.5%, and Mozambique at 30%.

Achieving a critical mass of women in political processes has been of paramount importance to enable women to participate equitably in the economic, social and political transformation of society. However the quest to make affirmative action quotas calls for additional measures and new strategies to equalize the exercise of power. As Hon. Betty Achan Ogwaro from South Sudan comments, despite the presence of women in the executive, “women are often the deputies not the head. Women are rarely in the kitchen cabinet of the president…”

From the discussions, the women are convinced that affirmative action for women is not the solution to transforming the representation of women in the public sphere, but only serves as a temporary measure to increase the numbers of women in governance. Dr. Miria Matembe, a seasoned politician and gender equality activist noted that “the quota system is dangerous. She said that “women (ultimately) owe allegiance to the one that brings them (to power)”. Women, as with politicians generally, get used for political purposes; an increase in women through quotas could easily become a mere increase in political subordinates.

While making the key note address at the event, Prof. Maria Nzomo, the Director of the Institute of Diplomacy and International Relations (IDIS) affirmed that Quotas are only a temporary measure of increasing the number of women participating in political leadership and to make visible the women’s agenda.

“As much as quotas must be made to work, the real solution to under-representation of women lies in the ability to design effective multi-pronged strategies for removing the structural barriers that prevent women from engaging in normal electoral processes,” she said. Pointing at patriarchy as a stumbling block to equality and effectiveness of women, she added that it is important to create a level political and governance playing field where women can participate on an equal basis with men.

Are women missed in politics?

Are women leaders influential? “You are influential if people are looking for you when you are not in”, suggested one participant.

The meeting opined that an influential woman leader is able to mould the choices and priorities of the political class. Women must demand a seat at the table and give direct input in decisions affecting the country. These issues came to bear from a point of self awareness of the participants. Most people in the room identified with virtues of independence of thought/conscience and freedom to express and act for the common good, equality and human rights of underrepresented.

However, women’s abilities are often cordoned off by the interference of political patriarchy. Strategies are needed to bridge the influence of ‘patriarchal gate keepers’ or ‘spoilers’ in shaping public opinion. For instance, the British perception that Somalilanders lived in a ‘pastoral democracy’ is erroneous because women are not included. “So what can I call it,” asks Amina Warsame from Somaliland “a pastoral democracy for half of the population?”

Gender injustice in all developmental spheres including law, economics and social spheres affects women’s equal participation. Disconnect between what has been defined as the national agenda versus the grassroots women’s agenda is a disabler of change. Jeannette Ntiranyibagira is of the opinion that women in leadership must change the destiny of womenfolk; otherwise they should not go into leadership. In illustration, she says that in Burundi women are organized in leagues within the political parties. “Women in powerful positions feel the eyes of other women on their backs. If they do not perform, the league has the power to recall them,” she says.

Excavating the ground and reaching to the sky

Unlike a conventional presentation based conference, the exchange used facilitative methodology to spur discussion, set own agenda and ensure a peer appraisal of strategies. Through a process of in depth assessment (excavation) of in-country strategies, participants developed fresh knowledge and common strategies. Key among these is using available political machinery particularly political parties to entrench a clear agenda in favour of women. A party that is disposed to gender justice would enable a transformation of gender relations because its representatives would propel this agenda.

The exchange came at an opportune time for Kenya, Somalia, Ethiopia, South Sudan and Somaliland who are grappling with quotas in a quest for the universal minimum of 30% representation. As Easter Achieng from Kisumu County in Kenya attests, women must access these positions with a clear agenda for equality in mind and remain accountable to their constituents. A convergence of this AAA approach to leadership would alter the destiny of communities.

The need for sustained and regular conversations between the countries also emerged as a common objective for the region, given the organic nature of politics and gender democracy in the region. The peer exchange platform would maintain dialogue channels between the participants and their respective institutions, whilst encouraging the use of established regional platforms for joint actions such as FEMNET, WILDAF, the African Feminist Forum, AWDF, EAWiBP, Akina Mama Wa Africa among others.

The peer exchange culminated in a Gender Forum, a monthly public debate hosted by the Hbs, which opened up the dialogue to a wider audience. The forum called on increased accountability of stakeholders, political parties, the state, the women movement, the women leaders and civil society actors in ensuring inclusivity in leadership and a mind shift in political engagement to focus less on the pursuit of power and more on the transformation of societies.

The ‘elephant in the room’ is evidently patriarchy, a shadow system that seems to frustrate women’s efforts to participate equally in leadership. Prof. Nzomo gives a warning that patriarchy has an uncanny ability to mutate for survival. This discussion requires a well defined space to inspire critical thinking. The Heinrich Böll Foundation Nairobi has picked up this theme and will facilitate debate at the Engendering Leadership Project’s (ELP) Virtual Conference to be hosted on www.challengingpatriarchyafrica.org from 28th to 30th October 2013 (see video below). For details on the event and how to participate please download this PDF. 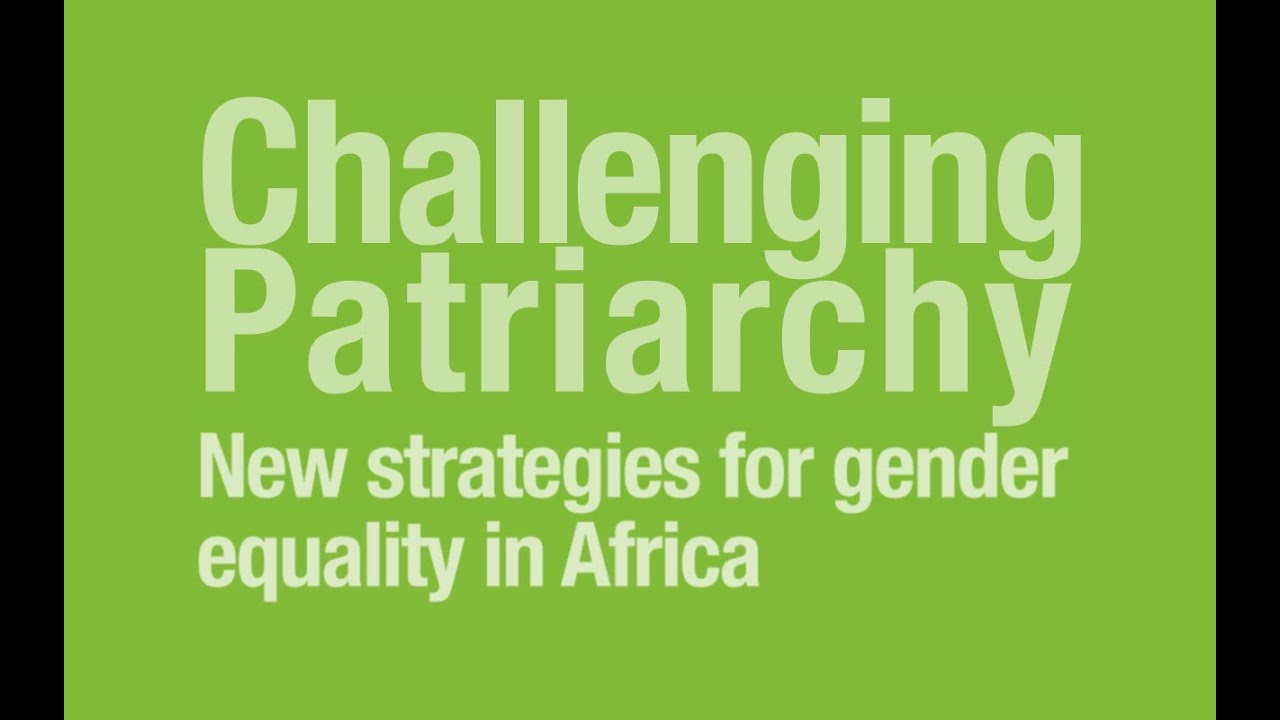