Time to tone down the rhetoric

In the heated climate of the negotiations between the Eurogroup and Greece, it is not enough to be right or win the argument. The German government in particular should take seriously the inflammatory resurgence of resentment it faces.

For a committed European, opening the newspapers and social media feeds has resembled an emotional rollercoaster for the past few weeks. Waking up on Monday morning to the news of a tentative deal reached between the Eurogroup and Greece was a relief, although no one feels like celebrating after the exhausting brinkmanship tactics used by all sides. The apparent compromise, while seemingly the better of many bad options on the table, gives few reasons to rejoice: the reforms Tsipras and his government have to enact resemble a herculean task, and whether he or any Greek politician will politically survive their implementation is far from certain.

According to much of the international media and social media chatter, Germany has dominated the negotiations with an iron fist. Merkel and her Finance Minister Schӓuble are accused of humiliating Tsipras by playing old-style power politics in which the stronger nations get their will regardless of the protest of the smaller ones. Germany is accused of waging warfare against Greece by economic means, and of forcing a Spardiktat (austerity mandate) onto the defenseless Greek population. Even worse, this position is portrayed as motivated by an obsession with balanced budgets and the sanctity of rules and regulations, rather than by a genuine concern for the Greek people and the future of the European Union.

Official voices from within both the German and the Greek government did their share in boosting this narrative. While Varoufakis suggested in one his final interviews as Finance Minister that the Eurogroup resembled a bunch of terrorists, Schӓuble’s comments suggesting that Greece should adopt the US Dollar as its currency if the Americans are so keen on bailing out Greece were similarly reckless. This was not merely a slip of tongue by a politician suffering from a lack of sleep after countless nights of negotiations. Plans from Schӓuble’s ministry to “offer” Greece a “break” from the EURO for five years further strengthened the impression that Germany was not committed to Greece’s continued membership in the European Monetary Union.

Other European officials joined the war of words: in Finland, the government that took office in May fell hostage to its own coalition infighting when the populist right-wing party threatened to quit the coalition if Greece received a bailout. Slovakia’s Prime Minister Robert Fico said that “if Slovakia managed to carry out reforms, then Greece has to be able to do it, too, there is no room for mercy from our side”. And Dalia Grybauskaite, Lithuania’s President, has described the current Greek’s government's attitude to reforms as "all the time mañana”. Such rhetoric inevitably plays into the hands of the populist, anti-EU movements on the rise all throughout Europe.

In this heated climate, it is not enough to be right or win the argument. Rather than engaging in a destructive blame game, all sides should tone down their rhetoric. The German government in particular should take seriously the inflammatory resurgence of resentment it faces in Europe and abroad for its seemingly overly assertive economic policy. It should avoid at any cost giving off the impression of a German-led return of a European power play, in which the weaker states are crushed under the weight of the most powerful nations. This is not the time for triumphal proclamations. It will take skillful diplomacy- both public and private- to repair some of the damage done over the past few weeks to the European idea and Germany’s image abroad.

This article was first published on us.boell.org.

Greek Referendum: A Series of Blunders

The EU and the Migrant Crisis: Not Much More Than a Point Defense

At the southern border of “Fortress Europe”, the Mediterranean has turned into a graveyard. The current migrant crisis in Europe is about more than a risk to the EU’s reputation. It strikes at the core of the EU’s founding values.  A continuation of its half-hearted response to the migration crisis is out of question.
By Charlotte Beck 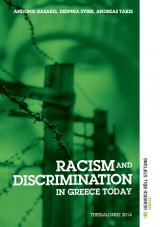 Racism and Discrimination in Greece Today

Initiated by the rise of extremist right political parties and movements of various guises in Greece and in other EU member states, which has been recorded after the European Parliament elections in May 2014, this report inquires the “extremist right” in Greece.