On the disappearance of Syrian activist Razan Zaitouneh: “Germany must keep up the pressure”

Razan Zaitouneh, prominent human rights solicitor and leading figure in the Syrian revolution, was abducted from her office in an armed raid in the Syrian city of Douma last Tuesday, together with her fellow male and female combatants of the Violence Documentation Center. Razan Zaitouneh, her husband Wael Hamada, as well as Samira al-Khalil and Nazem Hammadi have made many well-researched reports and eye witness statements on human rights offences in Syria available on the centre’s website throughout the past months.

Zaitouneh had made a name for herself long before the uprising had started: she stood in defence of political prisoners, whereby she made a point of not making her work dependent on a prisoner’s political bias as she herself cultivates a firm belief in constitutional virtues. Since the beginning of the uprising, she has lived in hiding, engaged in journalistic work and has meticulously documented human rights infringements committed by each party involved in the conflict. Readers of the ZEIT were able to witness the experiences documented in her touching diary of the revolution. In 2011, Foreign Policy magazine voted her first place in their ranking of the “Top 100 Global Thinkers”. Furthermore, her commitment was acknowledged by awarding her the Sakharow Prize and Anna Politkovskayak Prize, to name but two. Nothing is known about the culprits’ identity or the abducted activists’ current location.

Until recently, Pelican Mourad worked for the Goethe Institute in Damascus and in that capacity witnessed Razan Zaitouneh’s peaceful mission for human rights in Syria and the development of democracy in the country. The interview with her was conducted by Bente Scheller, head of our Middle East Office in Beirut.

How have you witnessed Razan Zaitouneh’s work over the years? What kind of support is shown for her within the population?

I had already met Razan Zaitouneh in person before the beginning of the revolution when she took up the defence for my husband in court together with a group of Syrian solicitors. The regime had set him under arrest and charged him in court for his political views.
Already back then, Razan and her colleagues advocated human rights by representing political prisoners in Syrian courts, regardless of their political views.

The consequences of it were born by one of the advocates, Khalil Maatouq, who disappeared more than a year ago and is reported missing up to this day. The government dismisses any responsibility for his fate.

Another colleague, Anwar al Bunni, had been sentenced to five years in jail just before, from which he has been released in the meantime. To this day, Anwar al Bunni courageously stands by political prisoners and advocates their rights in Damascus – despite all the regime’s brutality that has come to our attention.

Once the revolution unfolded in Syria, Razan Zaitouneh assumed the important task of documenting the developments on the streets – initially through her Facebook page. After a short time, her page had already advanced to being the central source on the Syrian revolution. Everyone in search of reliable and accurate information looked for it on her page. In close cooperation with the Local Coordination Committees (LCC), of which Razan herself was a member and co-founder, she perpetually published detailed and accurate information on planned demonstrations, on participant numbers, on imprisonments and numbers of casualties.

Shortly after, she established the Violations Documentation Center together with yet more fellow campaigners, where she at first documented the human rights infringements and deployment of violence on the side of the regime. Later on, after the outbreak of violence, she proceeded to document the violation of human rights by extremists groups in Syria in the same manner. Part of this work was composed of the collection and publishing of the names of those murdered, through the hands of the regime and the extremists alike. In my opinion, this reliable data is without doubt the reason for her disappearance.

Razan’s documentation work has not only won her friends, even amongst the opponents of the regime. She nevertheless enjoys great respect and great trust within the educated and politically active social classes.

What meaning does Razan Zaitouneh hold for the Syrian revolution and the country’s future? What renders her role and her person so special?

In my view, Razan is a symbol for a peaceful revolution in Syria. She is convinced of the necessity of constructing a constitutional state and a respect for civil rights. Together with Samira Khalil who already served a perennial prison sentence in the late 1980s and other colleagues, she always spoke up for human rights and the development of democracy in Syria. In my opinion, an interest in her abduction can only be attributed to all those who fear a realistic depiction of the developments in Syria in public and an independent documentation of the events.

Journalist Mazen Darwish, still president of the organisation named the Syrian Center for Media and Freedom Expression, has been incarcerated without conviction in a state prison for over a year together with other comrades. Why?

These peaceful activists who advocate the installation of a constitutional state and civil rights are selectively targeted and systematically abducted. That way, the regime controls the revolution’s development for its own purposes: chaos and the invigoration of extremist groups are the consequence. And precisely that is how the dictatorship defines itself.

In Germany the Syrian revolution is oftentimes perceived as a situation in which there are solely violent protagonists left without the civil insurgence and political opposition that once existed. What is your view on this?

We must admit that the regime has been successful with its strategy of damaging the image of the Syrian revolution. That is easily explained with the four decades of experience the regime managed to collect in propaganda and influencing opinions. The regime is against the opposition. Most opposition members have spent most of their lifetime in prison.

The Syrian regime could closely analyse the developments in Tunisia, Morocco and Yemen and started compiling its strategy long before the demonstrations in Syria set in. From day one, Assad has spread false ideas about an international conspiracy against Syria and about Islamist terrorists, al-Qaeda and a looming civil war. At the same time however, demonstrations were one hundred per cent peaceful. The protestors demanded freedom and reforms but the government did not consider the slightest concessions. Instead it reacted with violence. Masked gunmen were positioned on roofs of houses in an attempt to kill unarmed men and women protesting. Countless people were incarcerated and raped. Subsequently, the regime disseminated video images showing scenes of torture and humiliation, thereby terrifying the population.

Some soldiers who were ordered to kill demonstrators deserted and formed the first militant groups of today’s Free Syrian Army. As they faced the death penalty for their refusal to obey orders, a return to the army was not an option. Foreign parties individually started equipping some of these groups with arms and supplies. And this is how the vicious cycle was set in motion.

The international community watches on as hundreds of thousands die and hides behind the Russian and Chinese vetos.

We have observed how an earnest American threat exceptionally quickly led to the surrender of chemical weapons. For this reason I believe the international community does not fulfill its duty and therefore also bears the blame. It allows for these massacres to happen without protecting or freeing the Syrian people.

If one has traced the abatement of the uprising in Syria, one oftentimes was left with the impression that prominent peaceful activists in particular were especially pursued. Does that match your expectations?

Yes. Activists on the side of the opposition know exactly that the regime is dangerous and that it cannot be trusted. Nevertheless, Razan Zaitouneh stated in one of her interviews that she never thought of leaving the country and that she would support the revolution until the Syrian population was freed.

What do you wish Germany to do in relation to the many disappeared people in Syria and these activists in particular? Do you see the chance of Germany and the EU exerting more pressure on the Syrian regime in order to improve the human rights situation in the context of the planned Geneva II peace conference for Syria in January?

What I demand of Germany and the international community is an agreement on the future of Syria. Germany must keep up the pressure in order to free those imprisoned. The regime cannot partake in peace negotiations if at the same time thousands of people are incarcerated and tortured to death or if people without access to medicine and food are degraded and starve to death. All this is a part of the Assad regime’s inhuman strategy to break the Syrian population’s support for the revolution.

Translated from the German by Christine F. G. Kollmar

Razan Zaitouneh on the situation in Damascus (12 December 2013) 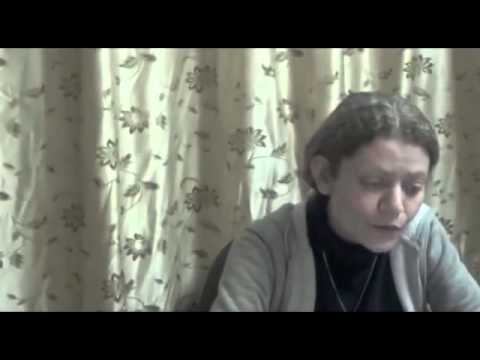