“Politics must be liberated from the clutches of ethnic discrimination”

We talked to Yaseen as part of our ‘Young Politicians’ series of interviews:

Please tell us more about yourself.

First of all, let me thank the Daily Rah-i Madaniyat for providing young people with the opportunity to discuss their agendas, their concerns and above all to talk about politics today. The Daily Rah-i Madaniyat is a successful newspaper. Its transition from a weekly magazine to daily newspaper is a great achievement for the press, especially your team.

My name is Yaseen Samim. I was born in 1985 in the Nahaur district of Ghazni province. When I was born there was a very high rate of illiteracy. Early on, my familiy faced financial hardship and a lack of money meant I only ever learned anything from listening to the mullahs at the mosques in wintertime. When I was 9, we migrated to Quetta where I began studying from the 4th grade. In 2005 I graduated with top marks from the Noor High School. I occasionally wrote articles for the Sham-i Awaragan weekly magazine and also some other publications. Even then I was interested in politics. I was a member of the ‘Union of Revolutionary Students of Afghanistan.’ I took part in a debating contest in English and won first prize in the Baluchistan region. For a year I worked for an NGO implementing a UNICEF-funded project for children. In 2005 I did my university entrance examination and was admitted to study for my Bachelor’s degree in Persian literature. I completed a post-graduate degree in the same field. While I was doing my BA, I worked part-time for an NGO and then with the Ministry of Urban Development. Currently I’m working in external relations for the civil technical assistance program at the Ministry of Finance.

How do you see the general political situation in the country?

I’m basing my opinion on serious politics, which I regard as a skill. I try to pursue modern politics, however the general political situation in the country is not satisfactory. Given the considerable amount of international aid that has been poured in Afghanistan since 2001, there has been very little in the way of modernization when it comes to the institutions involved in political decision-making. Political parties haven’t evolved significantly and the opinions of younger people aren’t given much importance. Politics in Afghanistan is a legacy of the Jihadi groups of the 1990s, whose various political dealings benefited individuals not the people at large.

Can modern politics be reconciled with the prevailing situation in Afghan society?

That’s an important question. Modern politics can only be practiced when political parties are not founded on the basis of ethnic or religious factors. Secondly political parties have to be financially independent, not funded by foreign intelligence agencies. At the same time we need to have active social, cultural and civil organizations with long-term objectives. From that point of view, modern politics have yet to take root here. Thirdly it is important to have plans in politics. Based on their objectives, political parties must either work closely with the government or oppose it. Opposition parties can legitimately criticize the performance of the government and its actions, and offer better plans so that they can form their own government in the future. Unfortunately neither the government nor the opposition is strong in Afghanistan. Therefore, modern politics face grave challenges in our country. Another problem is that politics are often based on the interests of a specific group. As we’ve seen, an individual from one specific region gathers people around him and tries to gain the attention of the elders there. Then he starts conducting politics based on the interests of a certain group instead of taking into consideration the interests of the whole nation.

How do you see the role of young politicians?

In general, I am optimistic. If there had been better plans for the long-term inclusion of young people in politics from the start things would be much better today. But in order to understand why it is difficult as a young person in politics today, you have to look back. At the Bonn conference of 2001, appointments were made based on ethnic and linguistic considerations, not on merit. Such decisions influenced the future of a country and they defined the roles of the younger generation. Nonetheless, the role of young politicians in the post-2001 era especially after 2006 has been improved in some aspects. The new generation is better educated. They have more knowledge and experience, and that has given rise to modern political attitudes. The current generation is inspiring. Most significantly it is moving towards a more modern form of politics. An important part of this trend is that young people from all different regions are getting involved and getting together with one particular agenda. It’s obvious that since 2001 the politics in Afghanistan, the system of government and the distribution of power are undergoing a change. In other words, we are moving towards politics with national goals and objectives. 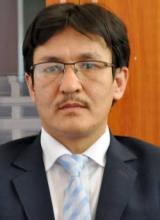 In your view, what should be done to institutionalize better politics in the country?

First of all, politics must be liberated from the clutches of ethnic discrimination. It’s the responsibility of the younger generation to lay down strong political foundations that are not based on ethnicity but on national interests. Political processes initiated by young people can’t only be confined to draft papers and sound bites... they have to put into action their national programs. Young politicians should avoid relying on undemocratic groups that have nothing to do with modern politics. They need to form unified networks that are in close contact with the people.

In the recent presidential election, what role did the younger generation play?

They did play a significant role - in the presidential teams, including those of the two lead candidates. They played an active role in planning, policy-making and the media. I believe that the winner of this election will definitely give more importance to the role of young people and will not neglect them.

And finally, what message do you have for young politicians?

Young politicians must have self-confidence, be realistic and interact in a professional way.

Dossier: Afghanistan’s Transition in the Making? People, Perceptions and the Politics of 2014

2014 is viewed as one of the most important years since the Afghan transition process began, over a decade ago. Western troops are being drawn down and more importantly, the first presidential and provincial elections autonomously organised within the country, will present a further important step within the political transition process. This dossier provides analyses, profiles, interviews, as well as studies that will shed light on the events of what is an important year for Afghanistan.