Thirty years after the biggest nuclear disaster at Chernobyl nuclear power plant, Ukraine is still seriously dependent on nuclear energy. It is high time for Ukraine to take the path of nuclear phase-out. ➢ Find more information on Chernobyl in our web-dossier (German)

Meanwhile, nuclear risks are rising with nuclear reactors ageing, a military conflict in Eastern Ukraine, and an unsolved problem of spent nuclear fuel. At the same time, energy consumption has stagnated and alternative technologies boosted.

Where, which type and why Ukraine uses nuclear in 2016

Following the Chernobyl tragedy in April 1986, the disastrous consequences of “peaceful atom” became evident and acknowledged by Ukraine as well as many other countries worldwide. After Ukraine gained independence in 1991 a moratorium was imposed on construction of new nuclear power plants but the country continued to operate existing ones. Later, in 1993, the moratorium was lifted, and three more nuclear units were completed between 1996 and 2004, in parallel to closing down three units at the Chernobyl nuclear power plant. 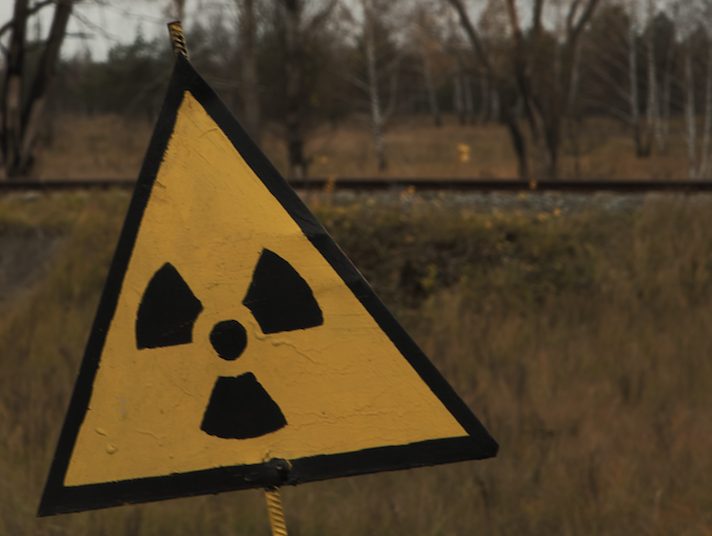 There are now fifteen nuclear units operating  in Ukraine, all of them of Soviet design. These are of VVER-type, and are located at four sites around the country. The last reactor of RBMK-type at Chernobyl NPP was shut down in 2000 (Map 1).

Twelve out of fifteen units were put into operation back in USSR times, and one by one they are now reaching the end of their 30-year design lifetimes between 2010 and 2020.  Four units have already gotten their licenses extended to operate for extra 10 to 20 years beyond initially projected (Rivne 1 and 2, South Ukraine 1 and 2).

Extended operations of all twelve nuclear units is part of Ukraine’s current energy strategy aimed at maintaining the share of nuclear production. Officially it is claimed to be inevitable for Ukraine to keep all nuclear units running as the government needs to ensure stable power supply and enough energy to power an economic growth expected in the future.

Until 2014 nuclear power was responsible for up to 47% of Ukraine’s power demand. By the end of 2015 the share of nuclear energy grew to 56% due to a substantial drop in both demand and production by thermal power plants which experienced coal shortage due to  loss of coal mines in the east of the country. Total power production by nuclear power plants has actually dropped in 2015 by 0,83% as well as total demand for power in the country.  In terms of the country’s total primary energy supply, nuclear energy provides 22% as of 2014.

Production of  half of the country’s electricity at four power plants is a risky set-up from the energy security point of view.  In December 2014 an incident at unit 3 of the Zaporizhia plant led to shutting down of the reactor. This unit is responsible for over 4% of electricity production in the country so its emergency shut-down caused black outs in large parts of the country, as well as panic in European media and public. The higher the share of centralized power production the higher are the energy security risks.

Ageing reactors pose increased danger of accident with radioactivity release, not only more emergency shut downs.  The likelihood of accidents increases with the age of reactors[1]. In spite of upgrades, the overall condition of nuclear reactors deteriorates in the long term. Nuclear reactors contain components that cannot be replaced, including the reactor pressure vessel and the containment, whose condition deteriorates over time.

With increased risks, more attention and improved transparency in decision-making is needed to ensure nuclear safety. Meanwhile, even critical safety upgrades, including those identified during post-Fukushima stress-tests at Ukrainian nuclear power plants, are not implemented in line with initial schedules and are  postponed for years.  Decisions by Ukraine's nuclear safety authority allowing units to continue operating beyond their projected lifetime were made in 2013 and 2015 disregarding the fact that a number of safety measures of the highest importance have not  been fully implemented. An independent study showed in 2015 that a pressure vessel in South Ukraine unit 1 has several dangerous vulnerabilities that could lead to the appearance of micro-cracks in the vessel's metal casing. The observed wear in a number of elements in the reactor vessel already exceeds tenfold tolerable levels.

European donors, the European Bank for Reconstruction and Development (EBRD) and Euratom, are financing the implementation of a safety upgrade program in Ukraine's nuclear power plants with EUR 600 million in loans to state-owned nuclear utility Energoatom. These loans were approved back in 2013 with the aim to ensure improved safety of Ukraine’s nuclear reactors by attaching certain conditions and having a say in the development of Ukraine’s nuclear sector. In practice, the EBRD was not consulted or merely informed by Ukraine when the Ukrainian government took a decision in September 2015 to push the deadline for the implementation of the program from 2017 to 2020.

Ukraine is currently almost fully dependent on Russia for nuclear fuel as well as for storage and reprocessing of spent fuel from three power plants (Westinghouse fuel is currently tested at two units only and mixed with Russian fuel). There are serious energy security risks for Ukraine in continued reliance of nuclear power generation on supplies from a country-aggressor.

The work on diversification of fuel supply is ongoing since 2005, but to date there still is no final decision on the technical feasibility of using Westinghouse fuel and there is no clarity on the amounts that can be produced and supplied to Ukraine by Westinghouse’s production capacities.

Nuclear power plants are designed to operate in peaceful times.  It is the first time in history that an armed conflict is ongoing in a country that operates nuclear reactors. Before 2014 this concern was disregarded and portrayed by nuclear industry as theoretical and baseless fear of nuclear energy opponents. An ongoing armed conflict in Eastern Ukraine increases the risks of a nuclear accident caused by malevolent behavior such as sabotage, terrorist attack or acts of war. Nuclear reactors' buildings and on-site spent fuel facilities cannot withstand a missile hit or a big aircraft crash. Risks associated with an on-going military conflict and its potential escalation are not part of the risk assessment prior to decisions on nuclear units' prolonged operations;

The problem of spent nuclear fuel storage is still unsolved. During all the years of independence, Ukraine has been sending spent nuclear fuel from three power plants (Rivne, SouthUkraine and Khmelnitsky) to Russia for reprocessing and storage, paying around USD 200 million annually for the service.

Meanwhile, Ukraine was supposed to construct a mid-term storage for the high-level radioactive waste produced during reprocessing and supposed to be sent back to Ukraine after 2013. As of today, there is an agreement to postpone the return of Ukraine’s nuclear wastes until 2018, but the construction of the spent nuclear fuel storage for this waste is stuck  and its completion according to schedule is under threat. From 2018 Ukraine will be under heavy sanctions if it is not ready to take back the radioactive products of its spent nuclear fuel reprocessing.

In 2013 the State Inspection on Nuclear Regulations approved a feasibility study for the construction of dry-type centralized spent nuclear fuel storage in the Chernobyl exclusion zone. Holtec International was named the winner of the tender in late 2015. Since then the cost of the project grew from USD 126 million to USD 300 million. The construction is not moving ahead since the state regulator refuses to include the necessary cost in Energoatom’s tariff and there are also complications with land allocation in the Chernobyl exclusion zone. From  2018 Ukraine will also not be able to send to Russia any more spent fuel for temporary storage.

Despite being the scene of the world’s worst nuclear disaster, Ukraine remains heavily dependent on nuclear power. There are circumstances that have enhanced this dependency historically: “free” electricity generation capacities inherited from USSR times, free nuclear fuel from Russia in the 1990s, a practice by all of Ukrainian governments to externalize a number of associated costs (such as the construction costs of interim spent nuclear fuel storage and final disposal site and decomissioning of the units). All of these enabled what appeared like “cheap” nuclear power in Ukraine.

Nuclear power is still promoted by the current government as cheap and “environment friendly” but over the past 30 years the situation has changed.  the lifetime of most nuclear reactors is now coming to an end, there is no way to postpone solutions for the nuclear waste problem, and energy and nuclear security have become a pressing issue due to the conflict with a key nuclear fuel supplier. These are more than enough for Ukraine to start thinking beyond nuclear.