In October 1956, Hungarian citizens staged a popular uprising to protest against the repressive policies of the communist “Hungarian Working People’s Party” and against the country’s occupation by the Soviet Army.

The Hungarian Revolution lasted from 23 October until 11 November 1956, when Soviet forces quashed the last pockets of armed resistance in the capital city. The fighting between the revolutionaries and the Soviet Army left approximately 2,500 insurrectionists and 700 Soviet soldiers dead, with an additional 20,000 Hungarian civilians and 1,500 Soviet soldiers wounded.

Budapest bore the brunt of the bloodshed, and those under 30 accounted for roughly half of all casualties. In the aftermath of the uprising, 22,000 people were convicted by the courts of the Soviet-imposed Kádár regime. Of these, 13,000 served prison sentences and at least 200 people were executed. Approximately 200,000 people fled Hungary.[1]

This article is the introduction to our multi-media dossier "The 1956 Hungarian Uprising - present-day perspectives".

The revolution, which resulted in Hungary’s temporary withdrawal from the Warsaw Pact, constituted the first major threat to Soviet domination in Eastern Europe in the post-war period. Despite its failure, the uprising played a decisive role in delegitimising Stalinism on both sides of the Iron Curtain.

In the East, it paved the way to popular resistance against Soviet domination, especially in Czechoslovakia and Poland; later, these events played an important role in the collapse of state socialism in the region in 1989. In the West, the uprising put Stalinism on the defensive and thus paved the way for the emergence of left-wing progressive currents that were no longer aligned with the Soviet Union, but instead were consciously geared towards the democratic arrangement of Western societies. The 1956 uprising also played an important role in the transition to a less repressive political system and a more successful economic model in Hungary.

There is no uniform interpretation of 1956 in contemporary Hungary. While conservative intellectuals and politicians on the right have emphasised national elements of the uprising (which they characterise as a grassroots revolt against Soviet domination), liberals have highlighted the revolutionaries’ dedication to democratic principles, and leftists have stressed the popular yearning for a more humane form of socialism. 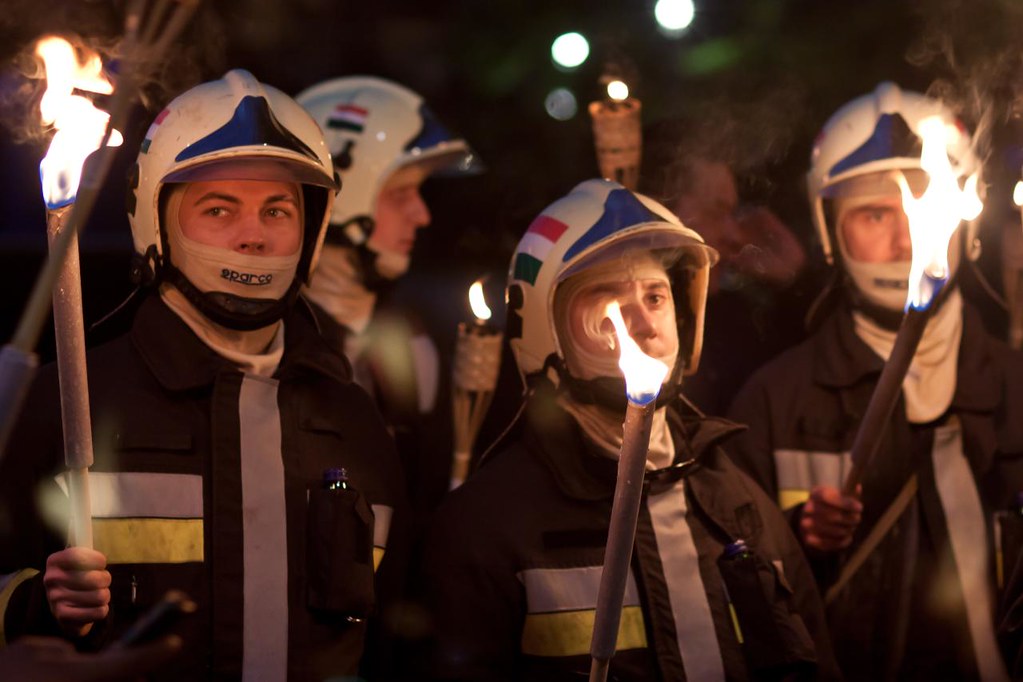 This article is part of our ongoing special "Focus on Hungary".

The Heinrich Böll Foundation has been compiling an online dossier containing articles on the situation in Hungary since the right-wing government came to power in April 2010. The dossier is understood as forum for critical voices from Hungary. Their contributions reflect the socio-political changes in Hungary referring to current trends as well as long-term developments.

Despite efforts by politicians of all stripes to assert their preferred reading, no political faction has succeeded in establishing its own interpretation as the dominant narrative of this multifaceted event. Political interpretations have shifted – and continue to shift – in connection with the complex dynamics of Hungarian politics.

The main aim of this dossier is to critically explore the official representations (embodied in state rituals and state-administered textbooks) as well as alternative interpretations of the uprising (offered by scholars, witnesses/participants and university students). Through this exploration we hope to give readers across the continent an insight into the struggle over historical memory and symbols, which has played such a preponderant role in post-1989 Hungarian politics.

This article is the introduction to our dossier "The 1956 Hungarian Uprising - present-day perspectives".