How can we reconcile global human prosperity and environmental sustainability?

The fight against poverty doesn't need to be a barrier to environmental and climate protection – provided low-income countries strengthen economic, social and political participation and ensure that their energy systems are climate-neutral, while those with higher incomes cut their emissions and resource consumption and support poorer countries in their transformation.

June 14, 2022 marks the 50th anniversary of Indian leader Indira Gandhi's powerful speech in Stockholm, in which she observed that poverty and need are the biggest polluters. Gandhi's point was that people with unsatisfied basic needs cannot be held liable for environmental burdens that have arisen from the prosperity model of the leading industrialized nations. She held out the prospect that it is possible to overcome poverty and need without inflicting lasting damage to the environment.

And she listed three prerequisites for this: 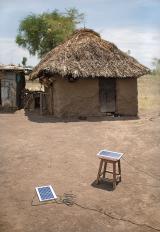 Gandhi thus posed the fundamental questions that policymakers and academics have been grappling with ever since. The only issue she did not explicitly address was that of economic growth. This was subsequently the focus of the 1987 Brundtland Report on sustainable development, which stated that economic growth is definitely a part of sustainable development. However, it noted that such growth would have to be shaped in a way that it meets the basic needs of all people for income, food, energy and water while maintaining and strengthening the resource base. This would have meant reconciling environmental and economic policy decisions for this purpose, and reorienting international economic relations as well as technologies and risk management.

What needs to be done to reconcile the fight against poverty with the need to protect the environment and nature?

It is, in fact, not the sheer number of the world's population that is driving us to the ecological abyss, but the unequal distribution of production and consumption power and of political power. Research into struggles over access to land, forests and water has shown that the very people who live on and from the land have a strong self-interest in carefully using and protecting these resources. They are prevented from doing so by the powerful grip of local and international corporations on raw material deposits, land and water, and by the expansion of roads and dams. But it doesn't always have to be corporations – illegal land grabbing and mining are also destructive when people in search of a livelihood penetrate sparsely populated regions such as the Amazon. So much would be achieved if people's rights of access and use were protected and violations of laws protecting the environment were punished – if there were equality before the law and there was neither impunity nor corruption.

In general, raw materials are exploited for the world market. The responsibility for organizing this in a socially and ecologically just manner thus also lies with the companies and banks that exploit and buy them and the businesses that use them. This means that Germany and the EU must assume real responsibility as well for the social and ecological impacts of raw material exploitation. However, the power imbalance between rich and poor societies has meant that poorer countries have few means or opportunities to ensure that this happens. This power imbalance is even more pronounced when it comes to the global effects of climate change: The EU could decide to impose punitive levies on goods from countries that produce them with very high CO2 emissions, regardless of whether these countries have the means to push for the expansion of renewable energy or not. Conversely, countries already threatened by sea level rise are unable to punish the major emitters for violating their right to exist. They thus depend on serious global cooperation in implementing the Paris climate agreement, on rich countries actively reaching their own goals and honoring their international commitments, but aren't currently in a position to take legal action to ensure any of it.

But what would happen if we succeeded in liberating humanity from poverty?

Well over half of all people now live in cities, i.e., in less natural environments and with modern consumption patterns, albeit often at a very low level. Would successful poverty reduction increase global greenhouse gas emissions to such a degree that it would become impossible to stop climate change? The fact that China and India have ranked first and second respectively in the top four global greenhouse gas emitters for a number of years – ahead of the US and the EU – seems to confirm this.

A new study by researchers from the Netherlands, China and the US on the links between income, consumption and carbon footprint comes to different conclusions.

First, the current situation: consumption by the bottom 50 percent of the world's population is responsible for only ten percent of global emissions. The richest ten percent, on the other hand, produce half of global emissions; the relationship is thus a mirror image. India's per capita carbon footprint of 1.3 tons of CO2 is well within the allowable range, while China's (4.5 tons of CO2) is still below that of Russia and Central Asia (5.9), the EU (6.3) and the US (14.5).

How much do emissions increase when poverty is reduced?

If just the nearly 700 million people now living in extreme poverty (on less than $1.90 a day) were to move to the next higher income bracket, global emissions would increase by less than one percent. If all people succeeded in earning a daily income of more than $5.50, emissions would increase by 18 percent. That seems like a lot, but not compared to the emissions of the top 10 percent income bracket. With regard to individual countries, the emissions intensity of domestic consumption patterns naturally affects the associated emissions growth.

From the point of view of climate protection, fighting poverty is not an obstacle – but it does require much more decisive action on the part of the high-income countries themselves. They must reduce their own emissions – as well as their absolute consumption of raw materials – and support low-income countries in promoting their economic and social development and in making the expansion of their energy systems climate-neutral.

In this respect, Indira Gandhi was right: Overcoming poverty and need does not have to be at the expense of the environment and the natural basis of human life. But without active strategies in all countries – rich and poor alike – and strengthened international cooperation to implement them, this will not succeed. Ten years ago, forty years after the Stockholm conference, all countries committed to this when they adopted the 2030 Agenda for Sustainable Development with 17 goals and action areas. The implementation will show how serious they were.

Dr Imme Scholz has served as co-president of the Berlin-based Heinrich Böll Foundation since April 2022.