Russia and Iran: Foreign policy as a balancing act

Comment
Russia’s policy in the Middle East is geared strictly to the country’s interests: to fulfil its role as a major power, stabilise the region and minimise every risk as much as possible. This offers opportunities.
By Johannes Voswinkel

Playing with fire: are the US and Iran risking war?

Dossier
Iran and the US are in an escalation spiral. The Heads of our offices report on the hot spots of the conflict.

The EU’s role in the conflict between Iran and the USA: de-escalation!

Comment
The High Representative of the EU for Foreign Affairs has appealed to the US and Iran to avoid escalation in the Persian Gulf region. The EU must continue to do everything within its power to save the nuclear deal.
By Eva van de Rakt and Anna Schwarz

Comment
Donald Trump is caught in a deadlock of his own making. He does not want to find himself responsible for a new war in the Middle East right in the middle of an election campaign. At the same time, he wants to look like a tough guy who never backtracks. This is what is making the situation so unpredictable.
By Bastian Hermisson

Brothers in Spirit? Trump, Netanyahu and the Conflict with Iran

Comment
The Israeli Prime Minister, Benjamin Netanyahu, is supporting and encouraging Trump’s confrontational stance towards Iran. However, a military escalation would be extremely dangerous for Israel.
By Dr. Steffen Hagemann

Analysis
The escalating nuclear conflict between Iran and the United States is making life harder for Irans population. In particular, the emergence of a middle class is under threat.
By Omid Nouripour 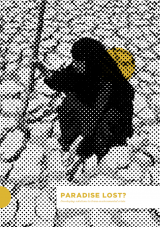 The greatest threat facing the Islamic Republic of Iran today is not political, nor economic, but environmental. This report takes stock of the urgent environmental crisis, and assesses the capabilities of civil society and the Iranian authorities to develop and implement effective solutions.

After the United States and the European Union have lifted economic sanctions on Iran, the country can expect major economic rewards and greater interaction with the international community. This is a success for Iranian President Hassan Rouhani, under whose leadership Iran complied with its obligations under the international agreement to restrict its nuclear program.
By Rouzbeh Parsi

“Chances to re-negotiate the deal are absolutely zero”

In the aftermath of the Joint Comprehensive Plan of Action a heated debate has erupted in the United States. Our interview with Barbara Slavin sheds light on the pros and cons of the nuclear agreement.
By Charlotte Beck

The Iran deal: The view from Washington and Teheran

Last week, negotiators attempted a final push for a nuclear agreement with Iran. While points of disagreement remained, both sides haven’t walked away from the negotiations. But what happens once both sides agree to a deal?
By Dina Esfandiary